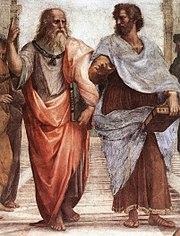 Readers of the Liberty Blog will recall when Prof. Timothy Jost—perhaps the most prominent defender of Obamacare in the legal academy—acknowledged that among its other provisions, the Patient Protection and Affordable Care Act creates a board of “Platonic Guardians” for medicine. That board is called the Independent Payment Advisory Board (IPAB), and although it’s supposedly “advisory” and the law says it only issues “recommendations,” the reality is that IPAB has power to write law without any meaningful checks or balances by the President, Congress, or the courts. In a brief filed with the Ninth Circuit Court of Appeals today in support of our friends at the Goldwater Institute, PLF argues that IPAB’s autonomy is far beyond anything ever allowed by the courts—and violates the constitutional separation of powers.

The term “Platonic Guardians” comes from Plato’s Republic, in which he described a totalitarian utopia overseen by “Guardians” who would ensure the purity of the state. Believing that political power should reside “[o]nly in the hands of the select few or of the enlightened individual,” Plato imagined that the Guardians would govern the “art of medicine” by laws which “will care for the bodies and souls of such of your citizens as are truly wellborn, but those who are not, such as are defective in body, they will suffer to die, and those who are evil-natured and incurable in soul [the Guardians] will themselves put to death….  This has been shown to be the best thing for the sufferers themselves and for the state.” It’s a chilling image when talking about the Patient Protection and Affordable Care Act.

According to that Act, IPAB writes “recommendations” for how to decrease per capita spending on Medicare. These “recommendations,” however, must be implemented by the Secretary of Health and Human Services, and neither Congress nor the President is allowed to fiddle with them. The law also deprives the courts of any power to review them. The only way Congress can bar IPAB’s “recommendations” from becoming binding law is for Congress to repeal IPAB—and the Act makes that practically impossible. It says that if Congress wants to abolish the Board, it has to pass a joint resolution within a 29 day window in 2017 by a vote of 3/5 of all elected members of Congress. That’s the most severe supermajority requirement in the history of American law. (Only 2/3 of all present members of Congress can remove a sitting President, for example.) And it gets worse: the law tries to make IPAB unrepealable. It provides that if Congress fails to pass that resolution during that 29 day window, Congress’ power to eliminate IPAB goes away, and the agency becomes permanent, writing its “recommendations” into law into the indefinite future.

This is a big deal, because by setting Medicare reimbursement rates, IPAB can essentially determine what medical procedures are offered to the public. True, the law claims that IPAB cannot “ration care,” but its power to decide what procedures the government pays for amounts to rationing whether we like it or not. Moreover, the law says IPAB can take any action that it thinks is “related to the Medicare program.” (That’s in 42 USC § 1395kkk(c)(2)(B)(i-vii), if you can believe it.) Since IPAB’s actions are not subject to judicial review or the Administrative Procedures Act, or Presidential or Congressional oversight, it’s hard to see how anyone could stop IPAB from rationing care or controlling both the private and public markets, through price controls, for example.

In fact, Prof. Jost acknowledges that

[t]here is no reason to believe that Congress is ready [now] to adopt price controls in the private sector, and thus the gap between Medicare and private payment is likely to continue to be an issue. At some point, however, the gap may become unacceptable, which may require Congress to take the private sector recommendations of the IPAB more seriously. If this leads to all-payer rate setting, this may be the most revolutionary contribution of the IPAB concept. If the IPAB plays a role in all-payer rate setting, it will truly have become the Platonic Guardian of our health care system.

That’s a disturbing proposition, since our government is supposed to be subject to democratic control and oversight. As the Supreme Court recently reminded us, the Constitution limits Congress’s ability to hand off its lawmaking duties to independent appointees, so as to ensure that the government “functions without being ruled by functionaries, and . . . benefits from expertise without being ruled by experts.  Our Constitution was adopted to enable the people to govern themselves, through their elected leaders.” That’s just the opposite of the rule of Platonic Guardians. Our Founding Fathers considered Plato’s ideas “shock[ing] . . . disgust[ing]” “unintelligible . . . nonsense” produced by a “foggy mind.” Instead of a politically unaccountable board of experts, they thought government power should reside in the people, and wrote a Constitution to enforce the principles of separation of powers and democratic accountability. Here’s hoping the Court of Appeals enforces those principles and takes a stand against the Platonic Guardians.

You can read our brief here.