Later this year the Oregon Court of Appeals 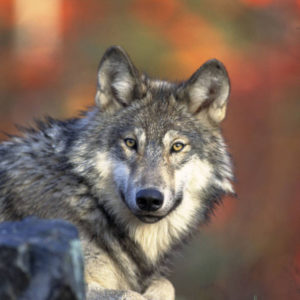 will consider whether it was lawful for the Oregon Department of Fish and Wildlife and the Oregon Fish and Wildlife Commission to remove the gray wolf from the state’s endangered species list in late 2015. Disagreeing with the wolf’s delisting, three environmentalist groups challenged it last year. PLF represents the Oregon Cattlemen’s Association and the Oregon Farm Bureau Federation as intervenors defending the delisting, and today we filed a brief responding to the environmentalist groups’ challenge to the delisting.

Our brief focuses on two primary arguments: Oregon was legally compelled to delist the wolf because the only wolves present in the state are members of a non-native wolf subspecies, but the Oregon Endangered Species Act (ESA) only protects species native to Oregon; and when analyzing the status of species under the Oregon ESA, the state must consider a species’ current range, not its historical range.

First, the wolves native to Oregon are members of the Great Plains wolf (canis lupus nubilus) subspecies of gray wolf, but they ceased to exist in Oregon in the late 1940s. In the mid 1990s, members of the Canadian timber wolf (canis lupus occidentalis) subspecies were introduced into Idaho and Montana, and in subsequent years the offspring of those introduced wolves spread and multiplied, eventually establishing themselves in Oregon and leading to the current controversy.

The difference between wolf subspecies is not merely a paper distinction. The Canadian timber wolves tend to be larger than the Great Plains wolves, and as a result, have a greater impact on prey species and cattle. Furthermore, Oregon already recognizes differences between animal subspecies under its ESA, and the federal government even manages wolves differently depending on the subspecies. So, it cannot be overlooked that Oregon’s Endangered Species Act expressly limits the law’s protections to species that are native to the state. Therefore, because the Canadian timber wolves are not native to Oregon, they do not qualify for protection under the state ESA.

It is also important to note that removing state ESA protections for non-native wolves does not leave them vulnerable to extirpation. Wolves remain protected under the federal ESA in western Oregon, but as recognized by the state and federal governments, wolves have thrived in eastern Oregon, so it is appropriate to allow for their management in accordance with the state wolf management plan.

Second, regardless of whether the wolves in Oregon qualify for state ESA protection, the environmentalists question Oregon’s analysis of the wolves’ success in establishing an Oregon population. One way the environmentalists question the state’s analysis is by focusing on the fact that wolves do not currently occupy most of their historical range in the state. But due to modern development in the decades since wolves disappeared from Oregon, it makes no sense to focus on historical range to determine whether wolves are at risk of extinction in the state now. Instead, the state properly considered whether wolves could continue to thrive in their current range, and concluded that they can.

As a result, the Court of Appeals should uphold the state’s delisting of the gray wolf from the Oregon ESA. Such a conclusion is in line with the ESA’s text, the legislature’s intent, and common sense.

For more, you should read the entire brief. Thanks are also due to Western Resources Legal Center for assisting in the case as local counsel in Oregon.