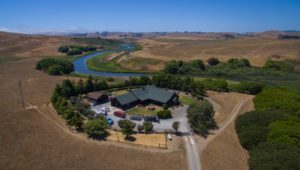 The County’s new Land Use Plan requires landowners within the agricultural zone promise to remain “actively and directly engaged in agricultural use” of their property as a condition on building new agricultural dwellings. For Willie Benedetti, this means a choice between working forever, or retiring and giving up his property.

“I love my work and my business, and I’m in no hurry to give up the reins,” said Willie Benedetti.  “But I am alarmed at how the county’s forced-farming scheme could derail my eventual retirement and our plans for an orderly succession so we can keep serving the public as a valued family-owned business, well into the future.  This interference in my family’s freedom and our future is unfair, unjust, and, I believe, unconstitutional.  It’s a privilege to be working with PLF to make that case to a court of law.”

PLF is representing Mr. Benedetti for free in this challenge, which was filed in the superior court of Marin County. The complaint alleges that the active farming requirement is an unconstitutional condition under the Fifth and Fourteenth Amendments, and that the requirement is both an unconstitutional deprivation of Mr. Benedetti’s liberty and unconnected to any harm caused by building a new home.