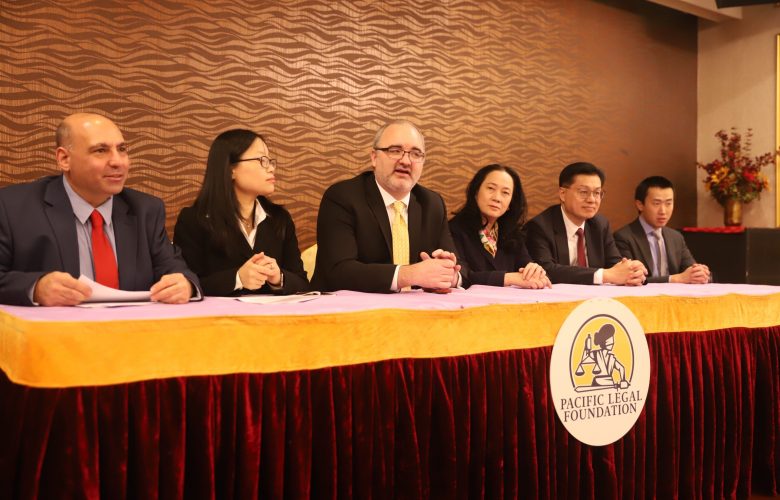 They admit students purely based on SHSAT scores. Their alumni are national leaders in every field; Stuyvesant and Bronx Science together have produced 12 Nobel Laureates.

These are not rich students—the truly privileged children in New York City do not attend public schools. More than 60 percent of the students at Brooklyn Tech (by far the largest of the specialized high schools) are poor enough to qualify for reduced-price lunches or New York City public assistance. Stuyvesant and Bronx Science are more than 40 percent low income. Yet their students have incredible success on the SAT and with college admissions, on par with students at elite private schools.

The specialized high schools are often the only real pathway for parents to provide an elite secondary education to their children. They are an unqualified success story.

Unfortunately, not everyone sees it that way. New York City Mayor Bill de Blasio views the specialized high schools with suspicion because they have large Asian-American student populations.

De Blasio has consistently said he wants the specialized high schools to look more like the city. That’s why, instead of celebrating Asian-American students’ success on the SHSAT, the mayor is changing the rules for admission to lock some of these hard-working students out.

Because a state law protects the examination requirement for admission to the specialized high schools, de Blasio cannot (yet) ditch the SHSAT. So he has turned his attention (for now) to the Discovery Program.

Discovery is a summer program for low-income students who scored highly on the SHSAT but just below the cutoff for admission to one of the Specialized High Schools. These students must complete a summer program administered by the high school in order to gain admission. The program has traditionally been quite small—fewer than five percent of seats were awarded that way in 2018.

A great idea, right? De Blasio, however, is now trying to change the program in an attempt to alter the racial balance at the specialized high schools. His plan not only quadruples the size of the Discovery Program to 20 percent of each school’s incoming class but also limits it to certain middle schools that score 60 percent or higher on the city’s “Economic Need Index,” a measure intended to estimate the percentage of economically disadvantaged students at a school.

Many schools with large Asian-American student populations fall not far below that cutoff, rendering their students (even those who are themselves economically disadvantaged) ineligible for the program. The Economic Need Index cutoff acts as a racial proxy, and de Blasio apparently expects it will significantly decrease Asian-American participation in Discovery and thus their enrollment in the specialized high schools.

The students hardest hit by de Blasio’s plan attend Christa McAuliffe Intermediate School (I.S. 187), a high performing public middle school in a low-income section of Brooklyn. About two-thirds of I.S. 187 students are Asian-American. That same proportion are low income, yet the school sent nearly three-quarters of its class to the specialized high schools last year.

Despite having so many poor students, I.S. 187’s Economic Need Index is just 57.9 percent. These high-achieving eighth graders are now ineligible to compete for 20 percent of the seats at the specialized high schools. De Blasio’s plan could mean that dozens of I.S. 187 students miss out on admission to the best public schools in the city—all because of their racial background.

That’s why the Parent Teacher Organization at I.S. 187 bravely stepped forward and joined PLF to challenge de Blasio’s manipulation of the Discovery Program.

The mayor’s plan is not only misguided, it is unconstitutional. Such tinkering, done for the purpose of hurting disfavored racial groups, violates the Equal Protection Clause of the 14th Amendment to the U.S. Constitution. PLF and our clients are fighting in federal court to stop New York’s racial discrimination immediately via a motion for a preliminary injunction. Governments have no business fiddling with admissions requirements for public schools in order to obtain their desired racial balance.

Hartford Courant: Why Connecticut parents are challenging racial quotas in our kids’ schools March 04, 2019 I By PLF