PLF to the City of Boston: Let Freedom Fly! 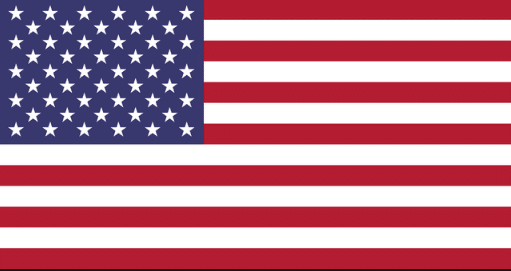 The residents of Boston come from a diverse array of cultural, ethnic, social, and religious backgrounds. To help celebrate and commemorate the City’s diversity, Boston allows private groups to fly flags on one of the City’s flagpoles next to Boston’s City Hall building. The City has allowed a wide array of groups to use the flagpole. Many of the flags flown are country flags, but other flags represent historical events (the Bunker Hill Association flag), social movements (the Juneteenth flag recognizing the end of slavery), or political causes (the rainbow pride flag or the pink transgender rights flag). Any group that requests to fly a flag is allowed to do so, so long as the group is not promoting illegal or unlawful conduct.

All, that is, except for Camp Constitution, a group that seeks to celebrate America’s legacy of free enterprise and the Judeo-Christian moral heritage that made it possible. In honor of Constitution Day, Camp Constitution wanted to fly the Christian flag on City Hall “to commemorate the civic and social contributions of the Christian community to the City, the Commonwealth of Massachusetts, religious tolerance, the Rule of Law, and the U.S. Constitution.” Although the City had no written policies forbidding religious flags, it rejected Camp Constitution’s request and stated that it would not fly a “non-secular flag.”

As PLF argued in a brief filed in the First Circuit this week, Boston’s actions violated the First Amendment.

Who gets to decide what is “secular?”

One major problem with Boston’s actions is that the determination of which flag qualifies as “secular” is completely arbitrary. Indeed, Boston’s own city flag has the Latin inscription “[a]s to our father may God be to us.”

The City has allowed several others flags containing religious symbolism to fly on the flagpole: for instance, the flag of Turkey, which prominently features the star and crescent—well-known symbols of Islam.

Most strikingly, every year the City allows the flag of the Bunker Hill Association to fly. Like the Christian flag, that flag contains a large red cross.

Even the most well-intentioned city planning official would struggle to determine which of these flags are “secular” and which are not. But in the hands of a less scrupulous official, this policy invites discrimination against groups that the city does not favor. To differentiate between the Bunker Hill flag and the Christian flag requires not merely an examination of the content of the flags, but consideration of the viewpoints of the organizations asking to put up the flag. The First Amendment forbids the government from making those kinds of arbitrary decisions.

The City argues that if it allows the Christian flag to fly, people will see that as an endorsement of Christianity. But the City allows the flags of communist China or Cuba to fly without fearing that the City will be seen as endorsing communism. Those seeing these flags understand that the City is not endorsing the messages that are flown or the organizations that fly them. On the other hand, excluding only religious flags from display does send a very clear and governmentally endorsed message of exclusion. It suggests that the City does not see its religious groups as full and equal parts of the City’s diverse community.