Last Friday I spoke at the Take Back Our Water rally in Mendota, California. The theme of almost every speaker on the dais was that the use of the Endangered Species Act to cut off water to Central Valley farms was an act of government that subordinated the good of thousands of individuals, families, and their communities to the putative benefit of a population of three inch fish that university biologists can and do grow by the thousands in a hatchery anyway.

My emphasis was on the fact that the federal courts have sanctioned the tragic events that have beset these communities by insisting that money-no-object wildlife protection is superior to every other government responsibility. I put it this way:

Almost from the beginning the ESA has been distorted by the decision in Tennessee Valley Authority v. Hill, which was the showdown between completion of the Tellico Dam and protections for a population of snail darters. In that case, the Supreme Court of the United States made the remarkable statement that through the ESA, Congress had made protection of wildlife the highest federal priority, no matter the cost.

Congress actually amended the ESA in response to TVA v. Hill, requiring the federal government to consider costs when it imposes limits on federal projects to protect endangered wildlife. But despite this, lower federal courts have continued to insist that wildlife protection trumps all other federal responsibilities, and that the human cost of protecting species like the delta smelt is not even to be looked into.

PLF will continue to challenge this revisionist reading of the ESA, until we are able to convince the Supreme Court to reverse TVA v. Hill, to restore balance and rationality to our nation’s wildlife protections, and return the proper protection of human needs to the top of government’s natural resource priorities. This fight takes time, expertise, and determination, but we are in it for the long haul. With the help of PLF’s supporters, we will win when the time comes. 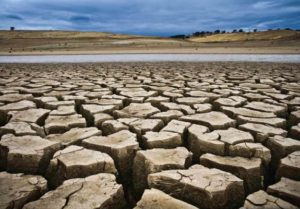 When water is scarce, why does the federal government insist that food production is the last priority for it?