As all Liberty Blog readers should know, PLF’s Reed Hopper will argue another landmark case tomorrow in the Supreme Court, U.S. Army Corps of Engineers v. Hawkes Company. To help explain what is at stake in the case, Forbes.com┬Ājust published an op-ed that Reed and I wrote. In its simplest terms, ŌĆ£Hawkes Company and its partners seek court access to challenge federal officials who wrongly declared that their property is regulated by the Clean Water Act (CWA).ŌĆØ 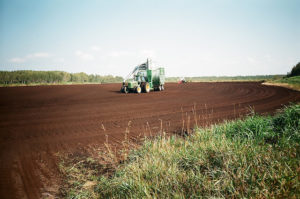 The piece explains why the ruling in Hawkes will have a direct impact on millions of Americans, and why it is also a bellwether case for the CourtŌĆÖs continued progress on administrative law reform. We posit that ScaliaŌĆÖs passing may raise questions about some reforms of the administrative state, but will likely not change the CourtŌĆÖs unanimous or near-unanimous trend on enforcing court access to those challenging abusive agency actions. As we note in the op-ed:

Broader reform of the bureaucratic state is desperately needed, lest ever-expanding regulatory programs like the CWA crowd out more and more precious, personal freedoms. ┬ĀŌĆ”[Accordingly] the judiciary is becoming more active in reviewing agency action after decades of neglect. Some doctrinal changes are uncertain, particularly with ScaliaŌĆÖs passing, but others command large Supreme Court majorities. Enforcing court access under the Administrative Procedure Act (APA) for those adversely affected by ŌĆ£final agency actionŌĆØ is in the latter group. Although the APA codified many wrongheaded aspects of administrative power that gained traction during the New Deal, it still took some steps to satisfy constitutional due process. Neutral court review is one of them.

We also note that the federal governmentŌĆÖs attempt to deny court access to those like our client is now unsupportable, including that no one has supported it. Indeed, 62 parties that filed in support of PLF’s position, including 29 states, six state, city, and county associations, and over 30 other organizations.┬ĀYou can read the complete op-ed here.