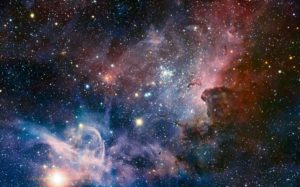 Who owns the cosmos? According to the newĀ Commercial Space Launch Act, the cosmos is there for the taking. This stunning pronouncement in November is “the most sweeping legislative recognition of property rights in human history.”

The Act relies upon the great property rights theorist John Locke.Ā Locke’s idea of property begins with the premise that we own our body and therefore ownĀ our labor, too. From this notion, LockeĀ argued, “Whatsoever then he removes out of the state that nature hath provided, and left it in, he hath mixed his labour with, and joined to it something that is his own, and thereby makes it his property.” As people create new value in natural resources by putting them to productive uses, they obtain ownership interests. This basic principle animates the Commercial Space Launch Act’s approach to cosmic property acquisition.

Property rights in spaceĀ areĀ far from academic. Companies are warming up for a try at mining asteroids with precious metals of immenseĀ value. A single, 1600-foot-wide asteroid may cough up more platinum than we’ve ever managed to draw out of planet Earth. And our planet’s water woes could be quenched by asteroids like Ceres, which scientists believeĀ contains more freshwater than Earth.

The Commercial Space Launch Act has taken an important step to ensure that these resources make their way to Earth. Locke had it right.Ā Strong property rightsĀ will foster competition, innovation, and prosperity in theĀ dawning era of space exploration.Ā We’d do well to remember that this holds true for our home planet, too.