Putting an end to a new era of school segregation 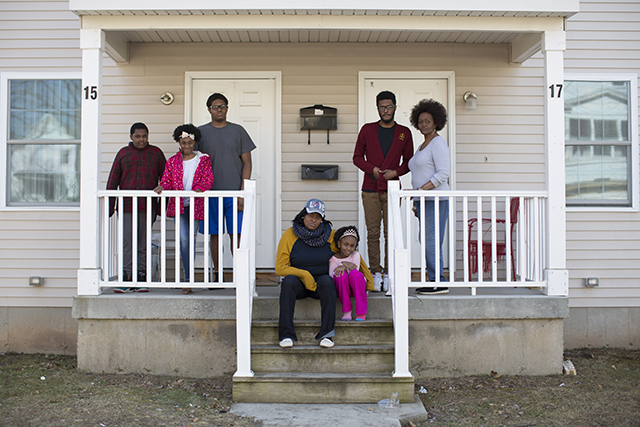 It’s a shameful and heartbreaking mental image from the past: minority children being turned away at the schoolhouse door, denied an opportunity for a quality education for no other reason than the color of their skin.

Yet that painful image of injustice is not as far in the past as you might think. In fact, it’s happening today in Hartford, Connecticut, where African-American and Hispanic children are told they cannot attend the city’s world-class magnet schools, even when there is available space.

The reason? A rigid racial quota system, enshrined in state law, governs magnet school enrollment. Fortunately, a group of local parents have banded together to fight this unfair and unconstitutional policy in federal court.First, the background: Magnet schools are public schools with a specialized curricular focus, such as arts education or science education, open to all students in the district regardless of where they live. The Hartford Public School District boasts several dozen magnet schools, serving some 19,000 students. Because of high demand from families seeking the best educational opportunities for their children, applicants are selected through a lottery system.

According to Connecticut law, magnet schools must reserve 25 percent of admissions to white or Asian students, while African-American and Hispanic enrollment is capped at 75 percent. This racial quota system, arising from the 1996 desegregation case Sheff v. O’Neill, was ostensibly intended to promote integration and increase diversity in the schools.

But the unfortunate effect is that, where there are too few white or Asian applicants, school administrators turn away African-American and Hispanic students since their enrollment would disrupt the court-ordered balance of races in the school. In many cases, desks sit empty in classrooms if they can’t be filled with students of the “right” skin color.

Making matters worse, a 2017 investigation by state auditors revealed that school officials manipulate the lottery process, which is supposed to select enrollees randomly through a “blind” system, to grant preferential admission to white students.

A Hartford Courant exposé detailed how it works: “The state-run school choice lottery is, in fact, a carefully engineered process designed to push white and Asian students toward the front of the line at magnet schools that still attract too few non-minority applicants.” That “carefully engineered process” only undermines confidence in the system’s integrity and breeds mistrust among those applicants who are rejected.

Welcome to the new era of school segregation, in which the children of some of Hartford’s neediest families are denied their right to a quality education, based solely on their skin color. It’s difficult to view this perverse racial cap policy, in its effect, as anything more than rampant and overt discrimination on the part of the state and the school district.

The state says that the Sheff decision basically ties its hands as the Connecticut Constitution, as interpreted in Sheff, requires the state to ensure that Hartford schools are “diverse”—that is, to ensure that the schools have enough white kids.

The outcome of the policy, however, is that Hartford’s African-American and Latino children are not given the same opportunity as white and Asian students. This has long-reaching and damaging consequences, as it teaches young people at an early age that their skin color is the key determinant of their future prospects. Simply put, race should not be the driving force when determining where Hartford children go to school.

A group of Black and Hispanic Hartford parents, working with the Pacific Legal Foundation, have filed a federal lawsuit against state and local officials challenging the racial caps at Hartford’s magnet schools. We argue that the racial quota violates their children’s civil rights, specifically violating the Fourteenth Amendment’s Equal Protection Clause.

It may be that the Connecticut policy was a well-intended effort to integrate Hartford schools, at least on paper. However, in practice it has resulted in a tremendous betrayal of some of the community’s most vulnerable families and children. That outcome runs contrary to the values and principles enshrined in the civil rights that a great many Americans struggled and fought to secure in the last century.

“I look to a day when people will not be judged by the color of their skin, but by the content of their character,” Martin Luther King Jr. put forth in what may be his most frequently cited quote. By Dr. King’s standard, the Hartford Public Schools are falling far short of the mark. It’s time to address that injustice by doing away with these rigid and unconstitutional enrollment caps that deny children an opportunity based on their race.