The right to a jury trial against the federal government 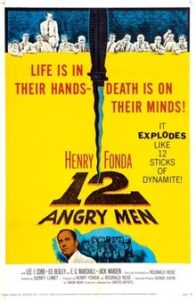 Kevin Brott wants a jury trial for his Fifth Amendment claim to just compensation. The federal government converted a portion of Brott’s property into a public trail. He wants a jury to gauge compensation rather than a judge who works for his adversary. Sadly, most takings claims against the federal government do not enjoy a jury. We filed an amicus brief today in the Sixth Circuit, joined by our friends at Reason Foundation and the American Civil Rights Union, to argue that this violates the Seventh Amendment’s promise that “the right to trial by jury shall be preserved.”

Kevin Brott’s plea joins a rich history. The tradition of American courts striking down unconstitutional laws–known as judicial review–began with the right to a jury trial.

After the battle of Monmouth in 1778, the British occupied much of New Jersey. With Tory sympathies and revolutionary fervor at a frenzied pitch, the state faced fierce turmoil. Trade with the enemy plagued the colony, so New Jersey authorized the seizure of commercial goods crossing British lines. Because of the dire circumstances, New Jersey limited seizure disputes to summary proceedings with a six-man jury, instead of the usual 12. Soon after, the privateer and vigilante Elisha Walton seized a massive stock of silk and other goods owned by John Holmes and Solomon Ketcham.

This seminal case inaugurated a tradition of judicial review that has shaped our nation. Senator Gouverneur Morris said of the case: “Such power in judges is dangerous; but unless it somewhere exists, the time employed in framing a bill of rights and form of government was merely thrown away.”

The right to a jury trial in 2016 has traveled far from the right that inaugurated judicial review in 1780. Administrative agencies and legislative courts often adjudicate civil cases without juries. Like John Holmes, Kevin Brott wants to litigate his wrongful takings claim in front of a jury. His case involves a recreational trail, not a military crisis. Kevin Brott is not undermining national security. And he’s not asking for more jurors—he’s asking for any jury at all.

The institution of the jury has long protected citizens against overreaching government. Yet now most suits against the federal government don’t get a jury. Thomas Jefferson said, “I consider [trial by jury] as the only anchor ever yet imagined by man, by which a government can be held to the principles of its constitution.” Everyone could use twelve angry peers on their side when the government has wronged them. Let’s revive this essential anchor of liberty.