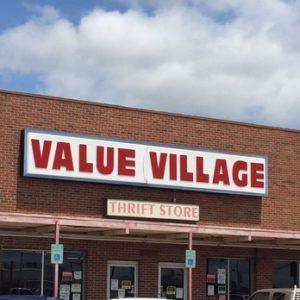 In another example of abuse of government power, bureaucrats in Del City, Oklahoma, are using discriminatory tactics to put a well-respected thrift store out of business.

Richard and Margaret Baze own the Value Village Thrift Store—a community fixture for over twenty-five years with over thirty-five employees—providing low income families with an opportunity to purchase goods not ordinarily accessible on their modest budgets. The Baze family prides themselves on serving the most disadvantaged sections of the community, including military veterans and victims of natural disasters. Indeed, the store has raised significant amounts of money for struggling and retired war heroes.

However, in an effort to exclude “undesirables” from most parts of the City, lawmakers have effectively “zoned out” businesses such as the Bazes’ family thrift store through changes in the zoning code. Stores selling second hand goods are only allowed to operate in areas designated for “light industrial use,” a classification typically reserved for businesses involved in manufacturing and processing of raw materials, not retail sales. So, when the Bazes—who were already being forced out of their existing property because of a demolition order—signed a contract to move their store a few miles away, they received the heartbreaking news they would be required to obtain a “special use permit,” a process that involves wading through an expensive and lengthy battle filled with government red tape.

Unfortunately, zoning out particular classes of people is a common social engineering tactic. This arguably unconstitutional practice, known as “exclusionary” or “snob” zoning is a byproduct of the courts’ eagerness to defer to government when issues of due process and private property are involved. Indeed, the Oklahoma Supreme Court has held government will be granted almost absolute deference when reviewing legislative regulations:

In other words, the courts will bend over backwards to find a law constitutional.

This sort of backwards reasoning allows local government to institute policies that are directly inapposite of our constitutional tradition. Indeed, as Supreme Court Justice John Marshall Harlan once wrote: “in the eye of the law, there is in this country no superior, dominant, ruling class of citizens. There is no caste here . . . and neither knows nor tolerates classes among citizens.”