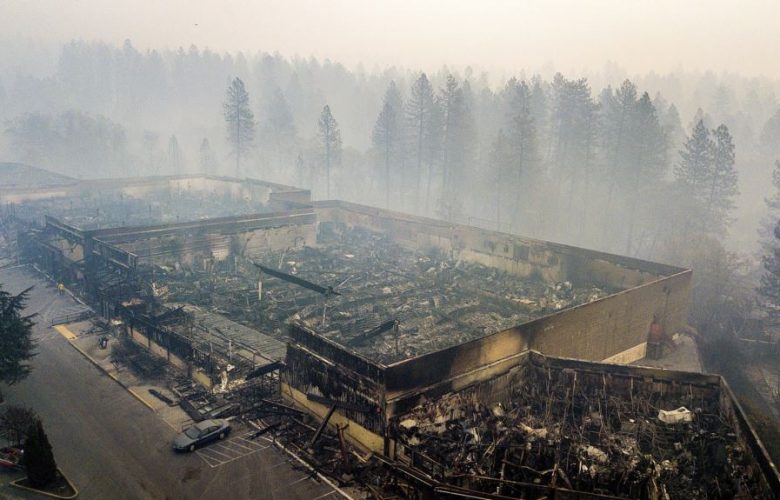 ***Editors note: This article originally appeared in 2018, but because of the massive wildfires currently raging in California, we are republishing to (again) show the free-market solutions that can help reduce natural disasters like this.

The devastating fires burning in California are a vivid reminder of the urgent need to reduce the risk of catastrophic wildfires. In 2018, California has set records for the largest wildfire and the deadliest wildfire on record, the latter being the still-burning Camp Fire near the town of Paradise. At least 79 people have died in that fire, and 699 people are unaccounted for.

Although people are appropriately focused on the human toll of these fires, massive wildfires also destroy habitat, degrade water quality and pollute the air. This suggests an opportunity to avoid the usual gridlock that arises for environmental issues. We all have something to gain from healthier forests and safer communities.

Why have wildfires gotten worse? Undoubtedly, climate has played a role; California has experienced persistently dry conditions because of recurring droughts. But government mismanagement has played an equally big role.

For decades, the federal government — which owns most of the forests in the West — pursued a well-intentioned, but misguided, goal of attempting to prevent all forest fires. As a result, forests became overgrown with dense brush, diseased and fallen trees, and other vegetation that naturally would have burned up in the smaller, more frequent fires that historically occurred in western ecosystems.

Rather than compensating by clearing this fuel from the forest, we’ve dramatically reduced the amount of vegetation being harvested. Timber harvesting has fallen precipitously in recent decades because of regulation, litigation and changing economic conditions. As a result, there is a tremendous amount of fuel built up in our forests, and fires are getting bigger, hotter and more destructive.

Between 1983 and 1995, an average of 2.9 million acres per year burned in the United States. Since 1995, that number has more than doubled, to 6.5 million acres. This year, more than 8 million acres have burned. Fighting these fires has decimated the U.S. Forest Service’s ability to proactively reduce fire risks and pursue other conservation goals. In 1995, 16 percent of the agency’s budget was spent on fire suppression. Today, it’s 50 percent.

The agency has covered these increased costs by “borrowing” from its other programs, reducing its non-fire staff by 39 percent. Recently, Congress enacted legislation to curb this practice, but a lot of damage already has been done. Today, the Forest Service has an 82 million-acre backlog in forest restoration projects, such as thinning and prescribed burning to reduce fire risk. Based on recent agency practice, it could take 20 years to complete those projects, during which forests and communities will continue to be at risk.

Solving this problem means taking on the bureaucracy and litigation that too often hamstrings forest managers’ ability to do what’s best for their forests and nearby communities. That means changing the incentives to encourage stakeholders to collaborate, so that projects can move forward while accommodating environmental concerns, rather than encouraging groups to wait, sue, and collect generous attorney’s fees.

Although reducing red tape will help, it’s not a complete solution. There’s still the question of how we afford the work needed to close the Forest Service’s backlog. A pilot project in northern California’s Tahoe National Forest suggests a way.

In the Tahoe project, those stakeholders are the Yuba Water Agency and the State of California. Both face astronomical mitigation costs after catastrophic wildfires, including removing roadway debris, erosion into reservoirs, and increased cost of facility maintenance.

Importantly, this innovation would rely on the profits from reducing fire risk to fund needed forest restoration projects. That’s critical because the vegetation that poses the greatest fire risk — brush, younger trees and diseased and dead trees — isn’t commercially valuable. To encourage their removal, the Forest Service traditionally has allowed timber harvesters to cut older, larger trees to cover the cost.

However, the harvesting of those trees is of great concern to environmentalists and often triggers lawsuits. Instead of duking it out in the bureaucracy and the courts, environmentalists should be looking to lower the costs of removing these fuel sources and to create markets for products made from them to spare larger trees. Such free-market solutions can reduce conflict, promote healthy forests, and protect our communities from catastrophic wildfires.