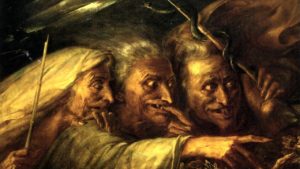 The tragic figure Macbeth said, “Stars, hide your fires; Let not light see my black and deep desires.” Enlightened decisions don’t flourish in shadow. Likewise, good government means open government. As James Madison wrote, “a popular government, without popular information, or the means of acquiring it, is but a prologue to a Farce or a Tragedy or, perhaps, both.”

Sadly, the Supreme Court of Washington yesterday opted for tragedy by dealing a blow to transparency in government.

Washington’s Open Public Meetings Act requires that governing bodies expose their meetings to the public, with exceptions for a handful of sensitive issues. This transparency requirement also applies to committees of a governing body that act on its behalf.

San Juan County had proposed new critical area ordinances that aroused controversy because of the burdens the laws would foist on property owners. Weighty decisions affecting the community should involve public participation. However, the County sheltered key deliberations from the public eye. The County used a committee composed of three of the six-member county council along with county staff to discuss the proposed ordinances. This committee held twenty covert meetings regarding issues that would have serious ramifications for County residents. The County, relying in part on the conclusions drawn by this secret committee, passed four heavy-handed critical area ordinances. The Citizens Alliance for Property Rights sued, claiming that the County violated the Open Public Meetings Act. PLF filed a brief in support, urging the Court to side with transparency.

Nonetheless, the Supreme Court decided the County did not violate the Open Public Meetings Act. Half the council attended these meetings. This voting bloc was large enough to thwart any action by the council. Yet the Court concluded that meetings with half of the County’s voting leadership could occur behind closed doors.

The Supreme Court’s decision creates an easy out for local governments that don’t want to bother with public opposition to their ideas. They can now concoct policy through smaller deliberative bodies in the pleasant shade of obscurity. This surely makes government’s life easier. But for the public they’re supposed to represent, the result is tragic.