In 2014, a lightning strike ignited a wildfire in 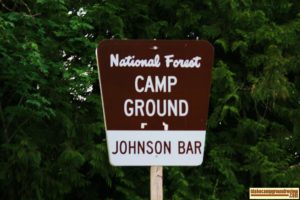 the Johnson Bar Campground in Idaho’s Nez Perce National Forest. As a result of the fire, a substantial amount of dead and dying timber–a dangerous source of fuel for future wildfires–remains in the forest. To remove the danger and recover the value of the timber, the United States Forest Service proposed a project to auction off timber sales contracts. Before the contracts were auctioned off, however, two groups of environmentalists sued the Forest Service in an attempt to halt the project.

Shortly after the lawsuit was filed, two companies–Idaho Forest Group, LLC, and R & R Conner Aviation, LLC–won the contracts. When the two timber companies moved to intervene in the lawsuit to defend their contracts, the federal district court in Idaho denied their motion. The court held that even though contracts are protectable interests for the purposes of intervention, since the companies were aware of the ongoing lawsuit, their knowledge of the suit precluded their right to intervene. Further, the court held that the Forest Service would adequately represent their interests. The timber companies subsequently appealed, and today, PLF filed a brief in the Ninth Circuit Court of Appeals in support of the timber companies’ right to intervene.

PLF’s brief focuses on three reasons why the timber companies should be allowed to intervene in the suit. First, even though this case isn’t a classic example of “sue and settle” litigation, the lower court’s decision exacerbates the harms that result from sue and settle—environmental advocacy groups are able to circumvent the democratic process and undermine the Administrative Procedure Act. Instead, the intervention rules should be applied liberally to avoid such undesirable outcomes. Here, a liberal application would give the timber companies the opportunity, before legally binding rules are implemented that further burden the timber companies and the public, to present a more complete picture to the lower court of the effects of the environmentalists’ suit.

Second, the district court improperly downplayed the significance of the timber companies’ contract rights by overemphasizing their knowledge of the environmentalists’ ongoing lawsuit when they acquired their rights. In so doing, the district court failed to acknowledge that, regardless of the timber companies’ knowledge of the suit, that suit still would have a direct and substantial effect on their contract rights.

You can read more about the problems with sue and settle litigation in the full brief, and why this case–and liberal application of the intervention rules–has important implications for preventing further abuse of that practice.