Rather than use independent dealerships, Tesla Motors 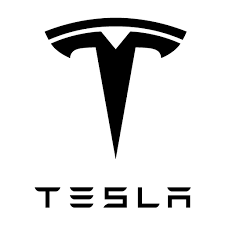 has fought for years to sell its luxurious, electric vehicles directly to consumers through galleries owned and operated by Tesla. It should come as no surprise, then, that the car dealerships have teamed up in various state legislatures to keep Tesla out of their state unless Tesla agrees to work with them. But the typical dealership model doesn’t work well for Tesla. Instead of operating shops that create a high-pressured, commission-based sales environment and rely on maintenance and service to drive profits, Tesla showrooms function more as facilities that teach potential buyers about the vehicles and how they operate.

Two years ago, Michigan joined several other states when it enacted a law banning sales of automobiles directly to consumers. Laws that prohibit automobile manufacturers from selling directly to consumers originated in the 1930s out of fears that manufacturers wouldn’t deal fairly with local dealerships, monopolies would be created, prices would be kept high, and access to vehicles would be lessened. But those fears don’t match reality today. Whatever may have been true in the American auto market in the 30s, is drastically different in the age of the internet. And besides, the original fears behind the bans don’t even apply in the Tesla context.

After multiple failed efforts to convince Michigan lawmakers to allow Tesla to sell cars directly to consumers, a couple of weeks ago Tesla sued in federal court claiming the direct-sales ban is unconstitutional. Tesla is right.

Under the due process claim, Tesla’s constitutional right to pursue a legitimate business is impermissibly harmed because there is no rational fit between the possible fears of manufacturers abusing dealers when Tesla has never had dealers, and never intends to. Furthermore, there is abundant evidence that the real purpose for Michigan’s law is to protect car dealers and manufacturers from competition. As one legislator put it to Tesla: “The Michigan dealers do not want you here. The local manufacturers do not want you here. So you’re not going to be here.” Since economic protectionism is not a legitimate governmental purpose, Tesla’s due process claim is strong.

The equal protection claim is also strong. Michigan’s law unconstitutionally distinguishes between franchised dealers and Tesla-owned showrooms—which are similar in all relevant respects—and between manufacturers, like Tesla, who operate on a direct sales model and traditional manufacturers like Michigan-based General Motors who operate on a franchised dealer model. Again, since the only purpose for such a distinction is to protect Michigan dealers and manufacturers, such a distinction is unconstitutional.

Michigan’s law violates the Commerce Clause because it discriminates against interstate commerce by impeding the free flow of vehicles into Michigan for the purpose of protecting Michigan businesses from out-of-state competition.

The Complaint is well worth reading as an example of what economic protectionism can look like. This should be an exciting case to keep an eye on, and PLF is optimistic that Tesla and economic liberty will prevail.