Slavery has ended, but we still have work to do 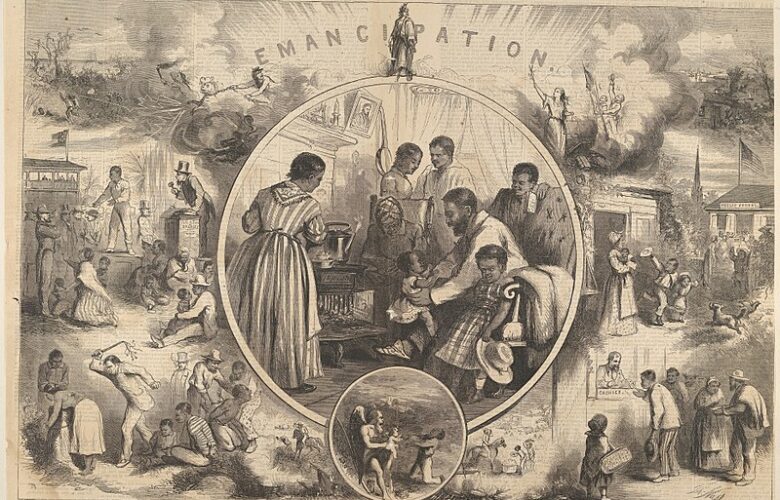 We ended slavery over 150 years ago today. It was a formative and controversial moment. But we rarely see the Thirteenth Amendment–which abolished slavery and involuntary servitude–invoked today as a means of securing liberty. Is it relevant to the issues we deal with now? I believe it is.

The Thirteenth Amendment which ended slavery was ratified on December 6, 1865 and says in part: “Neither slavery nor involuntary servitude, except as a punishment for crime whereof the party shall have been duly convicted, shall exist within the United States.” It also grants Congress the power to pass laws that enforce this ban. That language transformed our nation. It felled an entire economy rooted in slave labor. It put us on the path to equality. And it made a moral commitment to liberty.

While we no longer tolerate the scourge of slavery, the Thirteenth Amendment should have meaning for how governments control our lives today. The Thirteenth Amendment not only ended slavery and was not just about equality. It also championed  two fundamental rights still threatened today: property and freedom of contract. This is clear from the Civil Rights Act of 1866, passed to enforce the Thirteenth Amendment. It said that citizens of every race “shall have the same right . . . to make and enforce contracts . . . to inherit, purchase, lease, sell, hold, and convey real and personal property, and to full and equal benefit of all laws . . . for the security of person and property.”

The Civil Rights Act recognized that, at its core, slavery deprived the slave of his economic rights of property and contract. The right to self-ownership. The right to the fruit of one’s labor. The right to decide what work we’ll do for whom. Frederick Douglass certainly saw his emancipation that way when he found his first odd job as a free man: “I was not long in accomplishing the job, when the dear lady put into my hand two sliver half-dollars. To understand the emotion which swelled my heart as I clasped this money, realizing that I had no master who could take it from me–that it was mine–that my hands were my own, and could earn more of the precious coin, one must have been in some sense himself a slave.”

But many legal scholars and bureaucrats now sneer at the economic rights that so stirred Douglass’s soul. Rights to property and freedom of contract face constant restraint. A third of the jobs in the United States require government permission to do. Minimum wage laws tell unskilled workers that they cannot contract for less than a certain hourly wage, regardless of how desperately they want a job. Burdensome taxes whisk away the fruit of our labors. Some entrepreneurs even need permission from their own competitors before they can enter a particular industry. The list goes on.

Of course, none of these constraints on liberty compare to slavery. But since the opposite of slavery is liberty, we still have work to do.

Many who want to constrain economic rights say that such constraints serve a public good. But keep in mind that many believed the same thing about slavery. Ironically, some supporters of slavery even lauded it as a form of cradle-to-grave socialism. Pro-slavery theorist George Fitzhugh said, “Slaves in all ages and countries have had their physical wants well supplied,” and that “man emancipated from human masters, and remitted to the unfeeling despotism of capital has, so far, lost by the exchange.” We should be wary of anyone who wants to control us for our own good.

Slavery’s defenders also relied on another argument that we often hear today: courts must respect majority rule. Supporters of slavery called upon the “great principle of popular sovereignty,” arguing that majorities can do as they please, even if they want to enslave the minority. We hear similar rhetoric now; courts should yield to the people’s will and water down individual liberty as the collective wisdom sees fit. This argument contradicts a key aspect of our national experiment: that the individual is sovereign, not the lawmaker.

Regardless, the history of the Thirteenth Amendment should remind us of the greatest fight won for the rights of property and contract. We should remember to celebrate that victory. But we should also continue to fight slavery’s many fledgling cousins–the constant threats to property and contract that still beset us.