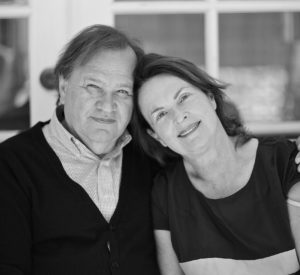 In 1996, Dr. Mark and Bella Greene, a couple from Pennsylvania, bought an older beach house in Playa Del Rey, Los Angeles. Their plan is to remodel this home and spend their retirement in southern California close to their son and their grandchildren. A few years ago, they started the process to get permits for their remodel. Despite submitting a design consistent with state and local laws, the California Coastal Commission refused to approve the Greenes’ plans.

The Greenes saga began in late 2015, when they hired an architect for their remodel. The architect worked with the Greenes to ensure that the designs fit with their vision of their anticipated final home and, equally as important, complied with local zoning codes and state law. The Greenes wanted to reinforce the existing structure to meet more modern standards concerning earthquakes, increase the interior square footage and exterior deck space, and add a short staircase and chair glide to allow Bella Greene to avoid the use of stairs and the potential exacerbation of a chronic knee meniscus tear.

The Coastal Commission, however, ignored all of that. Although the Commission recognized that the Greenes’ house is far from the ocean, and that people normally get to the beach via a bike path 300 feet from the house, it refused to approve the Greenes’ plans. The Commission speculated that sometime in the future the Greenes’ home might interfere with public access to the beach because the remodeled house would be somewhat close to the property line. A couple of Commissioners who actually live in the area recognized the absurdity of the argument but they were unable to convince their fellow Commissioners.

The majority of the Commission voted to require the Greenes to discard the architect’s design for their home, at significant expense and for an inferior home, and submit a design that placed the edge of the house further from the property line. To add insult to injury, the Commission also required the Greenes to waive their right to ever build a seawall or other device to protect their home. Although the Greenes will likely never need to build anything to protect their home, as they are 550 feet away from the ocean, this second condition was another unnecessary and unconstitutional requirement imposed by the Commission.

Today, PLF filed a brief explaining how the Commission’s actions violate the Constitution. The Greenes, and all property owners, have a right to use and build on their land. An unelected government agency cannot arbitrarily prevent a family from exercising their property rights. The agency especially cannot require a property owner to give up his or her rights in order to obtain a remodeling permit when the remodel will have no impact on the public.

The Greenes remodeling process should have been relatively straightforward, but the California Coastal Commission got in the way. A judge will hear the Greenes’ case on July 24, over two and a half years after they began planning to remodel their home. Hopefully the saga will be over soon, and the Greenes can begin to enjoy their retirement.