Blog > Op-Ed > The Environmental Protection Agency Is Protecting The Swamp

The Environmental Protection Agency Is Protecting The Swamp 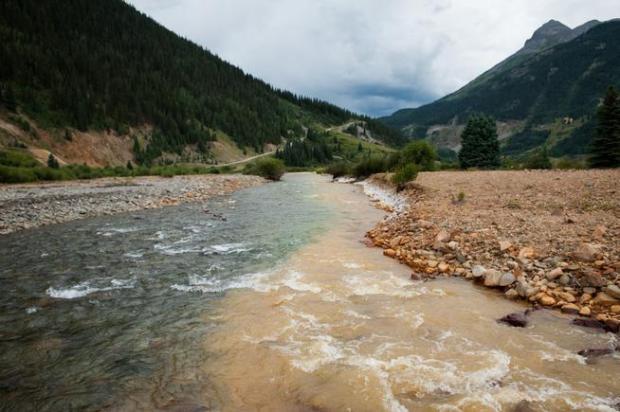 One of Donald Trump’s first presidential actions was telling the Environmental Protection Agency (EPA) to revise the agency’s Obama-era Clean Water Act “navigable waters” definition. It was a welcome reform to a particularly abusive and controversial regulatory overreach.

But on December 11, the bureaucrats at EPA responded, in effect: Drain this, Mr. President.

We shouldn’t be surprised that career bureaucrats at EPA would seek to undermine Trump’s regulatory reform agenda. While Trump pledged to “drain the swamp,” the EPA is more interested in protecting swamps. But by trying to sidestep to the president’s order, the EPA’s bureaucrats have overstepped their bounds.

Here’s the background: The Clean Water Act regulates navigable waters under the “Waters of the United States” (WOTUS) rule. As technical jargon and acronyms often do, that Orwellian name obscures the Obama EPA’s true aim: to regulate millions of acres of non-navigable, seasonal and isolated water features on private property under the guise of protecting rivers and lakes from industrial pollution.

The goal of Trump’s February 2017 order was to protect ordinary Americans engaged in routine activities on their property from being treated like industrial polluters. EPA was doing this with the Obama WOTUS Rule by aggressively reinterpreting “navigable” to include all kinds of water features that float no boats.

Zealous agency bureaucrats then used the fiction of “navigability” to abusively harass on farmers and ranchers, homebuilders and others engaged in productive use of natural resources.

The EPA’s new proposal to revise the navigable waters definition comes nowhere near what is needed. In fairness, it does clarify that roadside ditches are not federal commercial waterways — that’s positive.

It also acknowledges that the federal government may not regulate ephemeral drainages and completely isolated ponds, but we already knew this under Supreme Court precedent. Pending lawsuits against the Obama regulation will almost certainly accomplish this low-hanging fruit.

Aside from these common-sense improvements, Trump’s EPA still intends to regulate small intermittent or seasonal drainages on private property far removed from navigable waters. The proposal also regulates classes of wetlands no matter how small or distant from actually navigable rivers and lakes.

First, Justice Scalia opined that EPA could only regulate non-navigable tributaries if there were relatively permanent and continuously flowing, and would be what ordinary Americans (not lawyers and activists) would call rivers or streams. Some drainages are too small for Congress to regulate because no normal person would call them creeks or streams.

EPA’s new proposal regulates tributaries no matter how small, even if they only flow for a few days at a time, as long as they typically contribute any small amount of water to a river downstream. That goes way beyond what Scalia’s opinion allowed.

Second, Scalia said EPA could only regulate wetlands if they sit alongside regulated streams or lakes so closely that they bleed into each other. But EPA’s proposal far exceeds this, by including wetlands far afield, no matter how small, that normally drain eventually to a real river.

If EPA finalizes this proposal, its overzealous enforcement bureaucrats will continue to assert control over farm fields and home sites nationwide. Farmers who supported the Trump candidacy would get relief from regulation of their ditches, but the feds will still call the shots on their fields.

And because EPA’s new proposal regulates some, but not all, intermittent drainages based on vague distinctions, landowners will still be uncertain whether their shallow ponds and seasonal channels are regulated. They’ll face steep consulting and legal bills as they haggle over who actually owns their property: their families or the EPA?

One reason Trump sits in the White House today is that he campaigned successfully on issues that mattered to overlooked working Americans. In this case, farmers and other landowners responded positively to Trump’s 2016 criticisms of Obama’s absurd and abusive water regulations. He promised them relief if elected.

Until that happens, the most appropriate response to the EPA’s lackluster proposal might be summed up by the sign-off on a presidential tweet: “Sad!”