Blog > Op-Ed > The Hill: Can Kentucky’s governor ignore the law? 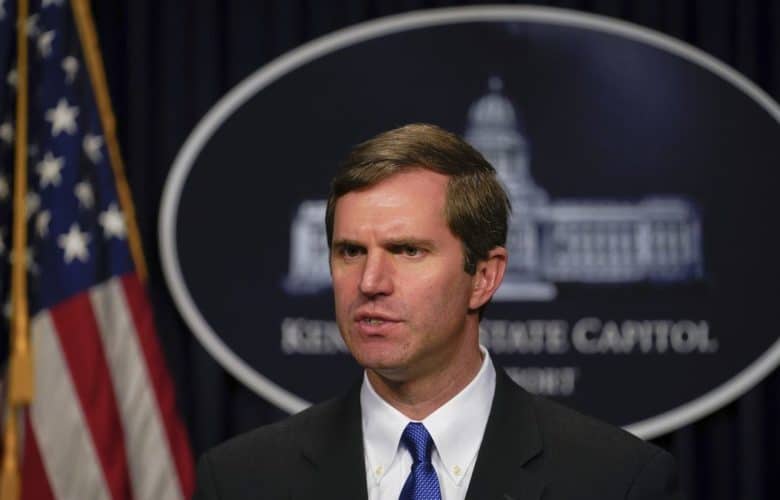 On June 10, the Kentucky Supreme Court will hear oral argument in a pair of cases addressing whether Gov. Andy Beshear can ignore the laws of the commonwealth. These cases will be watched by other states considering reforms to emergency powers.

In litigation last year, Gov. Beshear correctly argued that Kentucky’s emergency-powers laws “define[d] the Governor’s executive authority during times of an emergency.” Now, however, he claims that Kentucky’s legislature, by amending those same laws, has “usurped” his executive powers. His claim of unfettered executive power rests on the unfounded premise that emergencies excuse his obligations under the Kentucky Constitution’s strict separation of powers, according to which the governor must execute the laws enacted by the legislature — even during emergencies.

These newly amended laws place only modest limitations on the governor’s emergency powers: A governor’s state-of-emergency declaration and orders that restrict the operation of businesses, churches, etc., lapse after 30 days unless extended by agreement with the General Assembly.

Gov. Beshear pretended the laws didn’t exist. First, he refused to work with the General Assembly to extend the scores of executive orders he’d issued over the past year. And when his executive orders lapsed on March 4 (30 days after the amended laws took effect), he nonetheless continued to enforce them.

On behalf of three restaurant owners, Pacific Legal Foundation sued the governor, challenging his now-illegal enforcement of restrictions on private businesses. The claim is simple: The governor, like everyone else in Kentucky, must follow the law. He is, after all, required to “take care that the laws be faithfully executed” — even laws he doesn’t like.

Despite this obligation, Gov. Beshear claims to have implied powers that grant him sweeping, unilateral authority to rule by diktat so long as he determines that an emergency continues.

Unfortunately, leaders throughout history have used emergencies as excuses to concentrate power. As former Chicago mayor Rahm Emanuel infamously said, when he was chief of staff to then-President-elect Obama, “You never want a serious crisis to go to waste. And what I mean by that is an opportunity to do things that you think you could not do before.” This attitude was evident last year even before strict lockdowns were imposed, as shown by Cornell professor Nicholas Mulder’s comment in March 2020 that the “coronavirus crisis is already allowing the implementation of ideas that would have been considered very radical just months ago.”

While today little thought appears to be given to the dangers of unilateral, concentrated powers, Kentucky’s high court a century ago recognized the “evil effects from such concentration of power [that] were outstanding in the pages of past history.”

We don’t need to turn history’s pages too far back, either. During the Korean War, President Truman tried to nationalize the steel industry. He claimed justification as a wartime commander in chief. The Supreme Court rejected the contention that the president can make these kinds of policy decisions — even during a war: “The Founders of this Nation entrusted the lawmaking power to the Congress alone in both good and bad times.”

During World War II, President Roosevelt interned 120,000 Japanese-Americans — again, purportedly justified by wartime exigencies. Shamefully, the Supreme Court upheld Roosevelt’s “emergency” order. In his powerful dissent, Justice Robert H. Jackson explained that the majority’s approval of the president’s order was even worse than the order itself. A military order likely won’t outlast the war during which it is issued, he observed, but “once a judicial opinion rationalizes such an order to show that it conforms to the Constitution, or rather, rationalizes the Constitution to show that the Constitution sanctions such an order, the Court for all time has validated the principle of racial discrimination in criminal procedure and of transplanting American citizens.”

Justice Jackson continued, writing that the odious “principle then lies about like a loaded weapon ready for the hand of any authority that can bring forward a plausible claim of an urgent need. Every repetition imbeds that principle more deeply in our law and thinking and expands it to new purposes.” Therefore, when the courts approve a temporary “emergency” order, “that passing incident becomes the doctrine of the Constitution.”

Gov. Beshear’s recent executive orders do not involve invidious discrimination, but the Kentucky Supreme Court nonetheless faces the same question considered by the U.S. Supreme Court: Will it approve and adopt a dangerous principle that future governors may wield for nefarious purposes? The short-term benefits, if any, to be gained by the court’s approval of unilateral rule will come at the cost of the long-term threat posed by future leaders enjoying the court’s imprimatur of indefinite, arbitrary government.

Kentucky is not the only state to amend emergency-powers policy since the COVID-19 pandemic began. Red states (Arkansas, Utah), blue states (Colorado, New York), and purple states (Kansas) have enacted new laws. But the Kentucky Supreme Court will be the first state high court to determine whether the governor can ignore these laws and assert an “emergency” exception.

No doubt, other states will pay attention to the Kentucky Supreme Court’s decision — which, we hope, vindicates our clients’ right to run their businesses according to the laws of the land, free from the governor’s arbitrary dictates.

This op-ed was originally published by The Hill on June 7, 2021.

As the world opens back up, emergency powers reform still matters June 02, 2021 I By DANIEL DEW