Blog > Op-Ed > The Hill: Governors can protect civil liberties, too 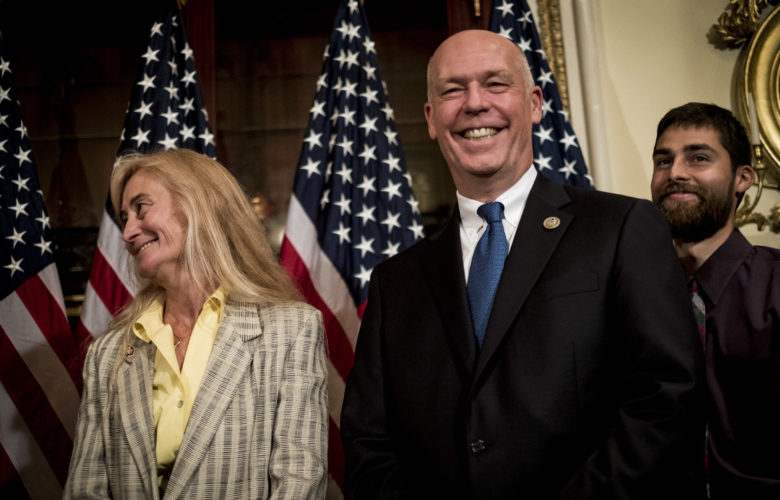 Governors have a limited but crucial role to play in the legislative process by choosing which bills to sign and which ones to veto. Some of the decisions made by Montana Gov. Greg Gianforte this term serve as useful examples of how a governor can wield this power to respect constitutional rights and individual liberties.

Perhaps the greatest source of tension between governors and state legislatures this past year has been over the proper scope of emergency powers. In Montana, Gov. Gianforte signed several bills limiting his office’s emergency powers and strengthening the legislature’s role in protecting against authoritarian rule.

Governors in other states haven’t been so accommodating. Gov. Andy Beshear in Kentucky sued the legislature to prevent a bill — which was enacted over his veto — that requires legislative approval for extending emergency declarations from taking effect. In Pennsylvania, Gov. Tom Wolf decried legislative efforts to limit his ability to rule by fiat, and his administration unsuccessfully attempted to sabotage two ballot measures amending the state constitution to safeguard emergency powers by using intentionally misleading language.

Vitriolic responses to adding safeguards to emergency powers aren’t partisan. Republican governors Mike DeWine of Ohio, Larry Hogan of Maryland, and Jim Justice of West Virginia have similarly lashed out at such reforms.

Gov. Gianforte also deserves credit for working with the legislature to expand economic liberty. He signed two bills eliminating Montana’s “competitor’s veto” requirements for moving companies and most health care facilities, which require entrepreneurs to get permission from their own competition in order to start a business. Such laws exist solely to protect incumbent businesses from upstart competition.

Earlier this year, Pacific Legal Foundation published a comprehensive report finding that removing competitors’ veto requirements for moving companies in other states improved market outcomes for entrepreneurs and consumers. Additionally, research from the Mercatus Center shows that health care certificates of need (a type of competitor’s veto) fail to improve the supply, quality and cost of health care. By alleviating Montana from the stranglehold of competitors’ vetoes, Montana returns to America’s historic traditions of individual liberty and entrepreneurship.

Finally, Gov. Gianforte vetoed a bill requiring certain nonprofits that litigate against government action to disclose the names and addresses of donors giving more than $50. Donor disclosure requirements have a sordid history in the U.S. In 1956, Alabama required the NAACP to disclose its members, knowing that the fear of retaliation likely would cause members to end their affiliation with the organization. Two years later, the Supreme Court invalidated this requirement, finding that it violated the free association rights of the NAACP and its members.

While the threats posed to members and donors of advocacy groups today are certainly less severe than those posed to members of the NAACP in the Jim Crow South, they are nonetheless very real. Last year, a survey by the Cato Institute revealed that 62 percent of Americans are scared to share their political opinions because of the current political climate, and 32 percent of employed Americans are worried about missing out on career opportunities or losing their jobs if their political opinions become known. Retribution for donations to disfavored groups is not limited to private actors. For example, the IRS has a lengthy history of targeting nonprofit groups and donors for political purposes.

The Montana governor’s veto is also notable because he supported numerous tort reform provisions also contained in the bill. It would have been easy to ignore the donor disclosure requirement, which was added as a last-minute amendment, and sign the bill to claim a policy victory on tort reform. However, Gov. Gianforte recognized that the donor disclosure provision “undermines” the “invaluable role” Montana’s charities play in improving the state and local communities and invited the bill’s sponsor to renew his tort reform efforts in the next legislative session.

Certainly the Montana Legislature deserves credit for passing (mostly) good bills this session that respect individual rights. The governor’s decisions to respect the legislature’s policymaking role, even when it limits his own power, and only use his veto sparingly, focusing on bills that limit individual rights, deserve special commendation.

This op-ed was originally published by The Hill on June 2, 2021.

As the world opens back up, emergency powers reform still matters June 02, 2021 I By DANIEL DEW