Blog > Op-Ed > The Hill: The ‘new’ FTC will run roughshod over the rule of law 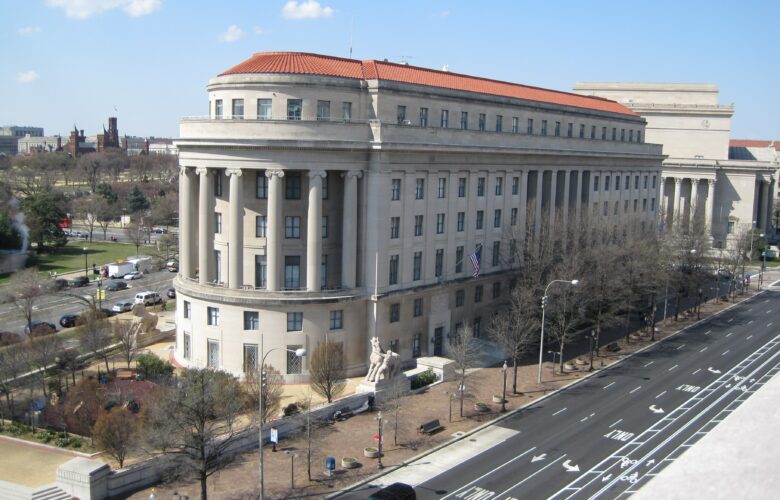 Lina Khan, the new chairwoman of the Federal Trade Commission (FTC), generated a lot of attention after leading the agency’s five commissioners — on 3-2 partisan lines — to adopt a series of proposals that concentrate power in the chair herself, streamline and centralize agency rulemaking, and authorize sweeping investigations and enforcement actions. Much of this discussion concerned Ms. Khan’s intention to steer the FTC’s antitrust focus away from the consumer-welfare standard.

While that substantive matter is worthy of debate, the FTC’s newly adopted policies present more fundamental issues: the guarantee of due process of law and non-arbitrary government.

The Constitution, of course, divides the federal government’s power into three — and only three — branches. As Justice Brandeis noted, this system was adopted “to preclude the exercise of arbitrary power.” And arbitrary power arises when the government’s different powers are concentrated, as James Madison (quoting Montesquieu) explained with respect to the judicial power: “Were the power of judging joined with the legislative, the life and liberty of the subject would be exposed to arbitrary control, for the judge would then be the legislator. Were it joined to the executive power, the judge might behave with all the violence of an oppressor.

The due process of law — which prevents the government from arbitrarily depriving individuals of life, liberty or property — is a manifestation of the separation of powers.

Due process is violated — and individual liberty suffers — when one person or one body writes the rules, prosecutes (alleged) wrongdoers, and acts as the judge during the “trial.” As a result, if the government doesn’t follow certain procedures, which are required by the division of powers, then the government cannot lawfully deprive someone of life, liberty or property. These procedural requirements apply to the enforcement of all substantive laws (and, of course, the enforcement of criminal laws requires even more procedural protections).

For too long, agencies have exercised all three powers of government. The FTC, for example, can (1) write broadly applicable rules that bind private conduct; (2) initiate investigations and enforcement actions; and (3) resolve enforcement actions itself. This view conflicts with the Framers’ view; Madison declared that the “accumulation of all powers legislative, executive and judiciary in the same hands … may justly be pronounced the very definition of tyranny.” Nonetheless, the Supreme Court generally allows this arrangement, as long as there isn’t too much aggrandizement of power by one branch or sufficient controls exist within each branch.

This rationale has always been dubious, but the FTC’s recent actions should encourage the court to restore the Constitution’s original tripartite demarcation.

First, the FTC hopes to “reinvigorate” its rulemaking — i.e., legislative — procedures by centralizing rulemaking in the FTC’s Office of General Counsel and authorizing the chair to personally oversee the process. Among the new chair’s goals is adopting “significant civil penalties” for those who violate the FTC’s rules.

The agency also seeks to beef up its executive function by authorizing sweeping and discretionary investigations and enforcement actions. The FTC authorized a series of investigations and directed staff to compel private companies to produce information. The FTC uses what are called “omnibus resolutions,” which will allow broad investigations upon the approval of the chair alone. In short, the FTC is allowed — upon the decision of a single person — to force companies to turn over potentially incriminating evidence, without the approval of a judge.

As for enforcement, the FTC withdrew an Obama-era policy that limited its enforcement ability, freeing up the agency to target “unfair methods of competition” — an ambiguous phrase that the FTC itself no doubt will broadly interpret. The FTC can initiate an enforcement action merely if it has “reason to believe” that a violation has occurred. And it can bring actions administratively, which is to say, the FTC can adjudicate alleged violations before an administrative-law judge who is employed by the FTC itself.

The FTC thus exercises all three of the government’s powers. This concentration of powers by definition violates due process of law and ensures arbitrary government. The FTC’s recent actions — centralizing and concentrating power in the chair, calling for serial rulemaking, and requiring sweeping subpoenas — promise even greater threats. Hopefully, the courts will be watching.

This op-ed was originally published by The Hill on August 9, 2021.