The lesson of the Animas River spill 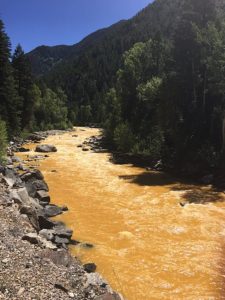 By Riverhugger (Own work), via Wikimedia Commons

In the Wall Street Journal, attorney and former high-ranking EPA official Bill Wehrum has an op-ed [$] arguing that the Animas River spill shouldn’t lead to criminal punishment, but neither should similar accidents caused by private companies.

As you’ll undoubtedly recall, last month workers for EPA accidentally breached an abandoned mine, dumping three million gallons of highly toxic chemicals into a tributary of the Animas River, turning the picturesque waterway bright orange. Unsurprisingly, no one is going to go to jail or be severely punished for this colossal accident. Instead, EPA will clean it up as best it can and, in the words of EPA Administrator Gina McCarthy, the agency is “absolutely, deeply sorry this ever happened.”

Mr. Wehrum explains that this is the right result:

As a former EPA official, I believe the agency and the individuals responsible shouldn’t be prosecuted for the accident. But I also believe this episode brings needed attention to a serious problem with how the EPA conducts business: The agency often criminalizes actions that are nothing more than accidents, many far less damaging to the environment than the Animas River disaster. Such treatment is unjust.

He’s right, of course. As much fun as critics are going to have watching EPA’s ox get gored, innocent accidents shouldn’t result in criminal punishment. Even in the environmental realm, decency demands proportionality.

EPA should keep this in mind, however, when exercising its awesome power against the public it purports to serve. When individuals or private companies accidentally run afoul of environmental laws, EPA brings the hammer down on them, even for petty violations. The approach was summed up several years ago by a top EPA official as “like when the Romans conquered the villages in the Mediterranean. They’d go into little villages in Turkish towns and they’d find the first five guys they saw and crucify them.”

This problem is endemic in environmental law. The Endangered Species Act, for instance, can subject someone to substantial fines and even imprisonment for accidentally doing something that affects a single member of a protected species. Accidentally step on a threatened beetle while out for a jog, you could go to jail. Hit a prairie dog that jumps out into the road in front of your car, you could go to jail. Get within five football fields of a right whale… you guessed it… you could go to jail.

Why? Because, notwithstanding that Congress said you can only be punished for “knowingly” violating the Endangered Species Act, the federal government — egged on by radical environmental groups — has aggressively sought to eliminate that requirement. And the courts have let them. In fact, several environmental groups are currently suing the Department of Justice for not prosecuting enough innocent individuals.

Over-criminalization is a big part of the problem with how punitive environmental laws can be, but it’s not the only way this heavy handedness unnecessarily ruins people’s lives. Government bureaucrats threatening ordinary people with ruinous civil penalties for ordinary conduct is also a major part of the story.

Take the small rancher who built an environmentally-friendly stock pond on his private property, only to be accused of violating the Clean Water Act and threatened with upwards of $16 million in potential fines (which PLF is challenging). Notwithstanding that the statute expressly exempts stock ponds from EPA’s reach and the pond created wetlands, habitat for fish and wildlife, and cleans the water that passes through it, EPA has upended Andy Johnson’s life and the lives of his wife and four kids. EPA may not be threatening him with jail time in that case, but its threat to ruin his family’s financial future is no less coercive and abusive. 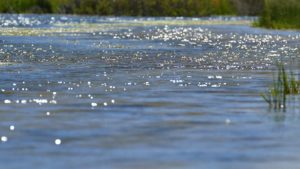 Let’s hope that something positive comes from the Animas River disaster: that EPA realizes its no holds barred approach to enforcing these laws is unjust. As Wehrum concludes in his op-ed, “What’s just for the EPA surely is just for those it regulates.”

Update: Townhall.com has published my op-ed addressing this topic in more detail.