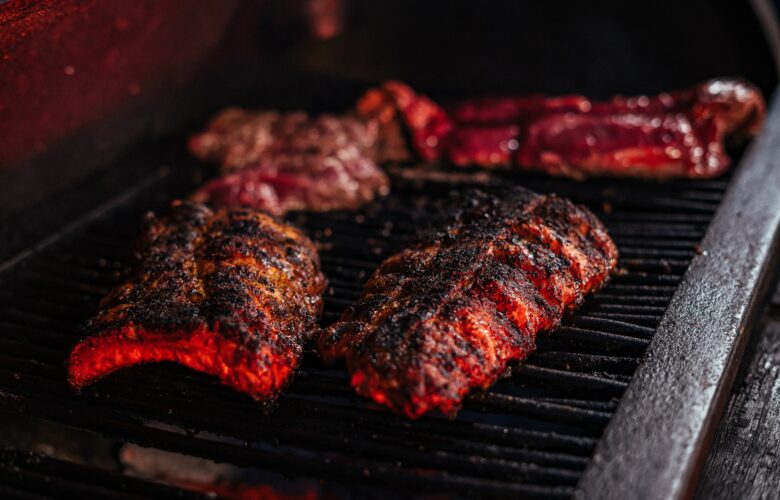 Given all the heat around political debates these days, it’s understandable that people try to avoid what’s known as the third rail of North Carolina politics: the barbeque question. For over a century, North Carolinians have debated whether Lexington-style or Eastern-style barbeque represents the true Carolina barbeque.

But barbeque historians have suggested that the difference in barbeque styles that divides the eastern part of the state from the west is one of degrees, since both styles are vinegar-based. While Lexington-style does use some tomato, Eastern and Lexington styles of barbeque are more alike than different — especially when compared to so-called “barbeque” from other states.

Mark Shirley and his Ole Time Smokehouse food truck blend these Carolina Barbeque traditions. While no tomato comes close to his Eastern-style barbeque, the mobility of Mark’s Ole Time Smokehouse food truck harkens back to the World War I era, when workers in Lexington and Salisbury were served barbeque from the back of wagons or pop-up barbeque stands. And just as those early barbeque wagons and pop-up stands led to the first brick-and-mortar barbeque restaurants in North Carolina, near county courthouses or in tobacco market towns, Mark hopes his food truck will eventually help facilitate his opening a brick-and-mortar restaurant.

This food fight has spilled over in the Town of Farmville. Mark brought the Ole Time Smokehouse food truck to Farmville in 2019, and despite a pandemic, quickly developed a loyal customer base. But some of the brick-and-mortar restaurants in Farmville complained about the success of the entrepreneur’s food truck. Mark wasn’t even on public streets; he rented a parking spot on private property. In April 2021, Farmville amended its Food Truck Ordinance.

The Amended Food Truck Ordinance increased the food truck permit fee from $100 a year to $75 a day. Because food trucks are limited to operating only two days a week under the new ordinance, the permit fee increase would cost a food truck $7,800 a year to operate in Farmville. The amendments also force Mark to ask his competitor, a brick-and-mortar restaurant across the street from his former parking spot, for permission to operate his business!

When the Amended Food Truck Ordinance went into effect, Mark moved Old Time Smokehouse outside the Farmville town limits. And now, with free legal representation from Pacific Legal Foundation, Mark is suing the Town of Farmville to fight for his right to earn an honest living.

Farmville shouldn’t try to pick economic winners and losers — customers should be the ones to decide where they have lunch. The North Carolina Constitution protects Mark’s right to earn an honest living free from arbitrary interference through the “fruits of their own labor” clause. Requiring Mark to obtain a permission slip from his competitors to operate demonstrates the town’s purpose in amending the food truck ordinance was to protect existing brick-and-mortar restaurants. This sort of economic protectionism is unconstitutional.

Because the right to earn an honest living is a fundamental right protected by the state constitution, Farmville’s Amended Food Truck Ordinance also violates the North Carolina Constitution’s guarantee of equal protection of the laws. The food truck business is remarkably similar to that of brick-and-mortar restaurants — indeed, the restaurant across the street from Ole Time Smokehouse’s former parking spot only operates out of a walk-up, carry-out window, much like Mark’s food truck. But brick-and-mortar restaurants in Farmville aren’t limited to operating two days a week, and they don’t have to ask permission from their competitors to operate, unlike food trucks. Farmville’s Amended Food Truck Ordinance violates the right to equal protection by subjecting people engaged in the same business — serving lunch — to different restrictions.

Finally, Farmville lacks the legal authority to impose the $75 daily permit fee on food trucks. Under state law, municipalities may charge regulatory fees to businesses to cover the cost of regulating that business. But the North Carolina General Assembly did not grant towns the power to tax businesses to raise general funds for other purposes. Farmville’s exorbitant food truck permit fees totaling almost $8,000 a year far exceed the town’s cost of regulating food trucks and is unlawful.

This op-ed was originally published by The North State Journal on November 9, 2021. 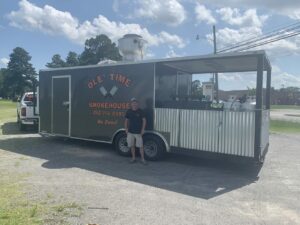