On Thursday, Pacific Legal Foundation and The Heritage Foundation are co-sponsoring a panel discussion on a draft regulation that would vastly expand the U.S. Environmental Protection Agency’s and U.S. Army Corps of Engineers’ jurisdiction to regulate the nation’s water and land. PLF’s Reed Hopper is one of the panelists. As the title of the program promises, he will help separate the fact from fiction about the draft rule. You may watch the program online or register to attend in person at Heritage by following this link. The program begins at noon in the DC-NYC “important” time zone (the rest of you have to calculate your own times!). 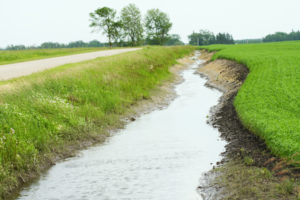 For additional background: PLF has been active in opposing the unconstitutional draft rule and educating others about its dangers to liberty. As Hopper and I explained in The Wall Street Journal, the draft “Waters of the United States” (WOTUS) rule would regulate virtually any wet—or occasionally wet—spot in the country, including ditches, drains, seasonal puddle-like depressions, intermittent streams, ponds, impoundments, prairie potholes, and large “buffer areas” of land adjacent to every waterway.

In previous Liberty Blog posts, we also shared our comments filed in the rulemaking record, discussed our participation in a rare, joint House-Senate congressional hearing in January on the rule, and discussed other aspects of it. PLF won the last Supreme Court case rejecting a previous rule, Rapanos v. United States (2006). The agencies say they are just implementing that ruling and that the draft rule is not an attempt to expand their jurisdiction. No one who is not on the administration’s payroll repeats that, and probably no one believes it.

According to the EPA website, the final rule is in OMB review and due out in the next few days (although we expect a few more weeks is possible). Given that the agencies refused congressional request to issue a revised rule for comment, the House Transportation Committee recently reported out a bill that would freeze the process until further consultations with states and other interested parties takes place. That bill may soon see House floor action, and senators are expected to introduce their own bill on this subject in the next week.

The PLF-Heritage panel discussion on Thursday will answer the most important questions about the rule and discuss its practical implications for property owners. There is also likely to be a discussion of what Congress and the courts can do to stop the illegal power grab.