In the course of California’s long drought, state regulators have taken ever more aggressive measures to gain control of local and private water supplies, under cover of emergency declarations from Governor Brown, and emergency regulations adopted by the State Water Resources Control Board. Some of these measures are aimed at requiring additional conservation, while others are outright seizures of water rights in order to reallocate them to other users. Or to ensure that wildlife needs are addressed before human needs are met.

Water right owners won an important round in this fight last Friday in state court, when a judge ruled that the State Water Board violated the Constitution’s Due Process Clause by ordering hundreds of senior water right holders to cease diverting, without affording them a hearing first. We are very gratified that the judge’s ruling relies heavily on the Due Process decision PLF won last year in the case of Duarte Nursery v. Corps of Engineers.

PLF’s mission is to win cases that establish broad favorable legal precedents for property rights and other liberties. Victory for water right holders based on PLF’s Duarte precedent is a perfect example of how this approach works best both for our clients and for all property owners. 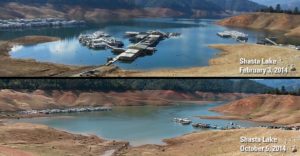