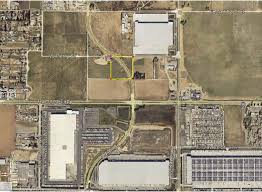 Road alignment being taken on the cheap

We received this California Supreme Court opinion this week in City of Perris v. Stamper, a case where we filed this amicus brief. The opinion is somewhat inscrutable, so we’ll try to net it out.

When a local government condemns property in California, it must pay fair market value for the property — with that value unaffected by the project for which the property is being taken. Thus if it condemns a parcel for a new dam and lake, you don’t get paid for the added value that the lake would have added to the parcel. By the same token, you don’t get paid less if your land is taken for a dump. So far, so good. But California has also adopted a rule that says if the government would have required you to dedicate land in exchange for a permit, then it won’t pay you the full fair market value for the property. So, if it takes a strip of land from you for a road, and it would have required you to give up the same strip in exchange for a permit to build a house, then you get paid much less for the strip of land — only the raw agricultural value, not the value for residential land. But what if the “dedication” is really a pretext and cannot be justified under Nollan? (Nollan held that government cannot demand an exaction for a permit if the exaction that is unrelated to a harm caused by the development project.)

That’s what was going on in this case. The City had condemned a large strip of property but said it wouldn’t pay full fair market value because the land would have been demanded in exchange for a permit. The difference was between $50,000 for raw farmland and $1,000,000 for commercially developable land. But the City didn’t prove that it could have lawfully demanded the strip as an exaction here — and certainly not for a large strip of land designed to accommodate a large arterial road meant to serve some giant warehouses a few miles away. The California Supreme Court held that the trial court must determine whether Nollan had been violated and whether the supposed dedication was a pretext for the larger warehouse road project. For more, see our blog post here.

And there’s one more point of interest in this case. The court tried to explain why the Nollan question belongs to a judge rather than a jury. But those reasons could well be wrong if the plaintiffs are correct in Brott v. United States, an ongoing case where we are amicus.

We filed this complaint in Cherk v. County of Marin, alleging that County has taken nearly $40,000 from an elderly couple who only were trying to subdivide a three acre parcel in order to supplement their retirement income. While they originally wanted to divide the land into four parcels (as permitted by code) the County would allow them only to divide it into two parcels. But what is truly galling is that the County demanded that the Cherks pay $39,500 as a low-income housing mitigation fee. Because there is no conceivable way that subdividing a lot creates any need for low-income housing we believe the fee violates the rule from Nollan that exactions must relate to an actual harm caused by the project.

If anything, subdividing property makes the land available for the development of more homes thereby increasing supply. And because not even the California legislature has repealed the law of supply and demand, this exaction cannot be justified. For more see our blog post here.

We filed this reply to amici brief in Nies v. Town of Emerald Isle, our case before the North Carolina Supreme Court. At issue is whether the town can use our client’s dry sand beach for driving all manner of town vehicles as well as selling driving permits to members of the public — with no payment to the actual landowners. A large number of towns and public access advocates filed amicus briefs opposing our position. They argue that the public trust doctrine and the doctrine of custom (an ancient exception to trespass laws) should mean that the public has unlimited access to not only the Nies’s private property, but to property belonging to beachfront owners throughout the the state. They further make the absurd claim that if the Nies were to win, then the public would be unable to enjoy North Carolina’s beaches! As our brief points out, however, the public trust doctrine does not apply to dry sand private beaches under North Carolina law and there was absolutely no attempt in the trial court by the town to prove a “custom” of beach driving. Which isn’t surprising because driving doesn’t date to “time immemorial” (or at least to colonial times as required in some “custom” cases) and in fact, it’s been only a very recent incursion on the Nies’s property. As for the claim that the public would be kept off of public beaches, that sort of sky-is-falling doomsday prediction was made in Texas before we won Severance and it hasn’t proven true in Texas and it won’t happen in North Carolina.

Nashville has repealed its ban on home signs (window stickers here) designed to inform Airbnb users of a rental home’s location. We had previously filed this amicus brief in Rachel & P.J. Anderson v. Nashville, a case brought by the Beacon Center,  arguing that the signs were protected commercial speech protected by the First Amendment. Our blog explains.

Endangered species and the green sturgeon

We filed this reply brief in Building Industry Association of the Bay Area v. United States Department of Commerce. This is our challenge to the decision not to remove areas from critical habitat for the green sturgeon based on economic considerations. We’re asking the Supreme Court to take up the issue. For more, see our blog post here.

We filed this reply brief in support of our petition for cert to the Supreme Court in Common Sense Alliance v. San Juan County. The underlying dispute is over uniform shoreline buffers being imposed on property owners without any individualized determination that use of the property causes public harm. The technical issue we’re asking the Court to review is whether government’s should get a pass from Nollan and Dolan just because the ordinance was passed by a legislative body rather than being imposed on a case by case basis.  Our blog says more.

The Eleventh Circuit took a pass on the challenge before it on whether the Environmental Protection Agency’s so-called “Waters of the United States” or WOTUS rule is proper, deferring to another case already before the Sixth Circuit. Our blog explains the implications.