Because a jaguar was thought to have been 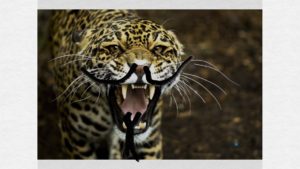 What’s this jungle cat doing in the desert?

spotted once, maybe twice, in the New Mexican desert, the Fish & Wildlife Service has declared over 100,000 acres of the desert as be “critical habitat” for the endangered cat. Why a cat might have traveled up from old Mexico is anybody’s guess, but motives for declaring desert land as critical habitat are more obvious: critical habitat is a great way to interfere with cattle grazing and other economic activities.That’s why PLF filed this opening brief challenging the jaguar critical habitat designation in New Mexico on behalf of New Mexico Farm & Livestock Bureau, New Mexico Cattle Growers’ Association, and New Mexico Federal Lands Council. For more on jungle cats bungling in the desert, see our blog post here.

We filed our petition for review to the California Supreme Court in 616 Croft v. City of West Hollywood. Under that city’s magical understanding of economics, building new homes creates a shortage of low-income housing. That it turn makes it necessary to force developers — and buyers — of new homes to subsidize low-income housing. This scheme is even more egregious that those in some other cities because it actually requires the transfer of property. Here, the owners of a small project were saddled with fees of $540,000 because they wanted to create 11 new units of housing. So instead of saying “hurrah” for adding to the City’s supply of housing, the City is punishing the landowners and new home buyers in an apparent attempt to repeal the law of supply and demand. For more, see our blog post here.

This week PLF filed its opening brief in the U.S. Court of Appeals on behalf of the Jisser family, who are fighting an extortionate demand that they pay approximately $8 million in “affordable housing” assistance as a condition of getting a permit to close their mobile home park in Palo Alto, Calif. For more, see our blog post here.

We filed this jurisdictional brief in the Florida Supreme Court in Ganson v. City of Marathon. We’re representing a family that has been trying for years to build a family home on a 9 acre island — a use that was fully permitted when the family bought the property. Today, however, the City is allowing the land to be used for only one use — a bird rookery. For more, see our blog post here.

A California tax-limitation up in smoke up in Upland

We filed this amicus brief in California Cannabis Coalition v. City of Upland in the California Supreme Court.  In California, the people passed Proposition 218 to close some loopholes in Prop 13 that local governments had opened up with the complicity of some tax-friendly courts. Now there is a new loophole looming in Prop 218. Specifically, a scheme is being cooked up where a proposed initiative can raise taxes even if the people never vote on the initiative! How can this be? It can occur by a provision in the law that allows city councils to adopt initiatives before they go for a vote. The proponents of a new tax (say a union or some other interested party) need only collect enough signatures to get an initiative ready for the ballot. (Here, proponents of pot shops thought a new tax would help their pot shop legalization initiative.) Next the city council votes for the thing and voila, it becomes law without the two-thirds vote required for new taxes. That is, it seems, exactly what a court of appeal said. Surely, this cannot be the law and this is not consistent with Proposition 218. If local governments can so easily evade the voice of the people, then the people will have even less reason to trust their government. Our blog explains more.

We filed this amicus brief supporting the state of New Mexico in New Mexico Department of Game and Fish v. U.S. Department of Interior. New Mexico is trying to assert some control over the federal government’s introduction of wolves into that state. While the state has tolerated wolf introductions for a while, it is now asking the feds to take a breather until the feds develop a plan to minimize impacts on state residents and wildlife. The feds told the state to pound sand, and New Mexico sued. For more on the controversy, see our blog.

Alchemy — Wetlands and from dry uplands

We filed our opening brief on the merits in the Sixth Circuit in our challenge to the WOTUS rule. That’s the “Waters of the United States” rule that purports to assert federal jurisdiction over all manner of land now to be classified as wetlands. Our brief points out that the rule is unprecedented in scope and irreconcilable with Supreme Court precedent, congressional intent, and constitutional constraints. For more, see our blog post here.