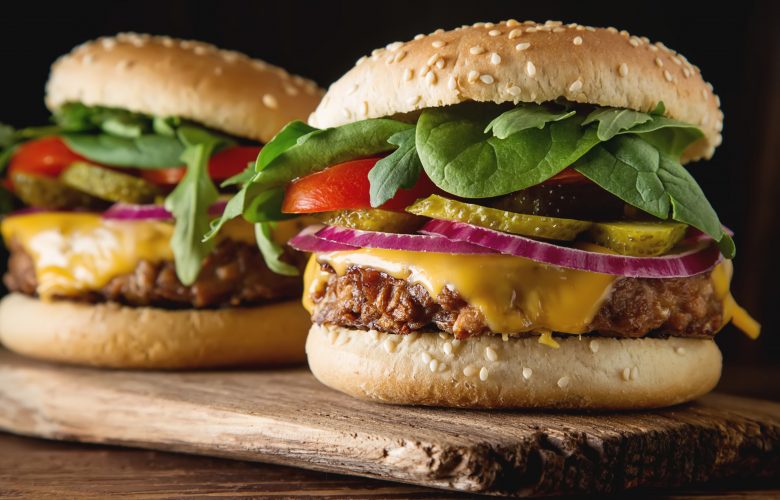 On long summer days, Americans flock to poolside barbeques. We gather friends and families around the grill for the most American of food: the burger. Even vegetarians such as the authors  are accommodated with black bean or quinoa burgers.

Long staples for vegetarians, beef substitutes are attracting more people, in lieu of the real thing. Whether for health or environmental reasons, Americans have acquired a taste for vegetarian burgers.

Capitalizing on this, innovative scientists developed a 100 percent vegetarian burger that looks, tastes, and smells like beef: The Impossible Burger. Other startups and established companies in the meat industry are investing heavily in lab-grown meat that’s molecularly identical to its farm-raised counterpart.Recently, however, Missouri decided to make a beef about the companies’ products. On his last day in office, former Gov. Eric Greitens signed a bill making it illegal to use the word “meat” to advertise a product that does not contain the flesh of a slaughtered animal. This would block Impossible Foods from labeling its burgers as “plant-based meat.”

The law has protectionist motivations. It shields the state’s politically powerful poultry and livestock industries from competition, putting plant-derived and lab-grown meat at a significant disadvantage. If Missouri truly is confident in its meat industry, the state should welcome competition to prove that Missouri’s beef, pork and poultry are superior to anything taken from a plant or grown in a lab. Beyond the blatant cronyism at work, it’s an unconstitutional infringement on the First Amendment rights of alternative-meat producers.

Missouri justifies its speech-stifling restrictions on the grounds that terms such as “plant-based meat” are misleading to consumers who want to purchase the meat of a slaughtered animal. And courts have summarily rejected past state efforts to censor non-misleading speech to protect favored industries. In Ocheesee Creamery v. Putnam, for example, the Eleventh Circuit Court of Appeals asserted in a case involving skim milk that it ran afoul of common sense to think that all a state would need to do in order to regulate this type of speech would be to redefine the relevant language to line up with the state’s regulatory goals.

Politicians shouldn’t get to redefine words for us. If they did, regulators could manipulate markets to suit their interests. Michigan could redefine “car” so that only vehicles made in Detroit could be advertised with that term. West Virginia could define “energy” to refer only to coal-generated power such that other energy providers no longer could compete in the state. Tennessee could redefine “Tennessee Whiskey” to refer only to the fermenting process used by Jack Daniel’s, forcing craft-distillers to either copy the recipe or shut down operations.

The typical consumer would not look at burgers on grocery store shelves advertised as “plant-based meat” and think they were made of slaughtered cow, just as the reasonable consumer would not look at “coconut milk” and think it came from a cow or goat with an affinity for tropical fruit. Even if a Missourian could be confused by the label, he or she could simply look at the ingredients and see that no meat goes into the product.

This law also prevents consumers from making a choice that ultimately could affect their health and that of their family. If parents want their children to have more alternatives to red meat than soy or grain-based burgers, they shouldn’t be prevented from doing so because of protectionist regulations.

While Missouri understandably has a substantial interest in preventing consumer deception, this law is far more extensive than necessary. Missouri has chosen the unfortunate route of violating the constitutional rights of these producers and this law should be struck down. A company’s truthful means of telling its customers about its products is nothing for the state to have a cow over. Missouri should stop its industry protectionism and allow the sale of “plant-based meat.”