Why do some cases go before the Supreme Court twice?

After a 15-year legal battle with the federal government, the Sackett family will finally get their day at the Supreme Court … again.

The Supreme Court is often viewed as the “end of the road” for a case. The reality, however, is much more complicated, as Sackett v. EPA shows.

The Sacketts have been in court fighting for the right to use their property since 2007, when the Environmental Protection Agency claimed their lot contains wetlands subject to federal control as “navigable waters” under the Clean Water Act.

After purchasing a vacant lot in a residential subdivision near Priest Lake, Idaho, the Sacketts began building their dream home. But despite obtaining all necessary local permits, construction was brought to a halt when the EPA claimed the property contained “wetlands” under the Clean Water Act.

The EPA alleged that the Sacketts violated the Clean Water Act for building without first asking the agency for a permit. They then ordered the Sacketts to restore the site to its original condition and refrain from building, or face penalties of tens of thousands of dollars per day.

Adding to their suffering, the EPA also decided that the Sacketts had no right to challenge the order in court, giving them no recourse to make their case heard.

Represented by Pacific Legal Foundation, the Sacketts appealed that decision and went to the Supreme Court for the first time in 2012. There, the Justices unanimously ruled that, contrary to the EPA’s view, the Sacketts had the right to immediately challenge the agency’s assertion of authority over their homebuilding project.

Was it a victory in the Sacketts’ case? Absolutely. But while they had won the legal battle, they still had to fight the war in court.

To understand why the Sacketts are going to the Supreme Court again, it’s important to understand what the Court did not do in 2012.

In 2012, the Supreme Court did not weigh in on the question at the heart of the Sacketts’ case: whether their lot contains “navigable waters” subject to federal control. Instead, the Court sent the case to the lower courts to consider that question.

But now that the lower courts have weighed in, the case once again makes its way to the Supreme Court. The Court will hear the Sacketts’ case next term—more than a decade after its 2012 decision in the case.

The scope of the federal government’s authority over the Sacketts’ lot is, and has always been, the heart of the dispute since the beginning. But the Sacketts’ victory at the Supreme Court in 2012 was a critical first step. Without the Court’s decision to open the courthouse doors, the Sacketts would not have been able to question the EPA’s claim of authority over their homebuilding project in the first place.

Put simply, the 2012 win was the appetizer, and now it’s time for the main course.

While it’s relatively uncommon for the same case to go before the Supreme Court twice, there are some other notable exceptions. Horne v. Department of Agriculture and Encino Motorcars v. Navarro are two examples.

In both those cases, much like in Sackett, the first trip to the Supreme Court decided a preliminary issue (think appetizer).

In Horne, the first issue the Supreme Court had to address was jurisdiction.

In 1949, the U.S. Department of Agriculture implemented a regulation that authorized the federal government to reserve a percentage of the yearly California raisin crop to stabilize the supply and cost of California raisins.

Marvin Horne, a raisin farmer, asserted that this rule violated the Takings Clause of the Fifth Amendment, which requires government to pay individuals just compensation if they take private property.

When Horne asked the Ninth Circuit to hear the case, the court ruled that it lacked jurisdiction to do so. Instead, it held that Horne needed to bring his case before the United States Court of Federal Claims.

In a unanimous opinion, the Court ruled that Horne did not have to bring his claim in the Court  of Federal Claims and that the Ninth Circuit had jurisdiction over the case.

The Ninth Circuit subsequently ruled that no taking had occurred because the Takings Clause applies only to real property, like land, and not “personal property,” like raisins.

Horne asked the Supreme Court to review that ruling, and the case made its way before the Justices yet again. There, the Court held that the law did violate the Takings Clause.

The second case to make the rare second appearance in front of the Supreme Court was the 2016 case, Encino Motorcars v. Navarro.

In Encino Motorcars, the court had to address the Department of Labor’s (DOL) interpretation of the Fair Labor Standards Act (FLSA) and overtime pay.

Service advisors employed at a Mercedes-Benz dealership in Encino, California, believed that the Fair Labor Standards Act entitled them to time-and-a-half overtime pay for working more than 40 hours per week.

The FSLA exempts employers from overtime requirements if the employees in question are considered “any salesman, partsman, or mechanic primarily engaged in selling or servicing automobiles.”

The district court denied the claims on the grounds that the service advisor’s job was “identifying service needs and selling service solutions to the dealership’s customers.”

On appeal, the Ninth Circuit reversed the decision, siding with the service advisors, and the case went to the Supreme Court for the first time.

In a 6-2 decision, the Supreme Court held that the 2011 regulation was not entitled to Chevron deference because the agency did not adequately explain its change in policy. The Court sent the case back to the Ninth Circuit to examine the question without giving weight to the DOL’s 2011 determination, but the Ninth Circuit once again sided with the service providers.

In 2018, the case went back before the Supreme Court to decide, once and for all, if the FLSA exempts service providers at car dealerships from the FLSA overtime pay requirements.

In a 5-4 decision, the Supreme Court held that service advisors at car dealerships are exempt from FLSA overtime pay requirements.

A case going before the Supreme Court twice is exciting, but it can be a bit confusing for onlookers to understand. It’s also frustrating for the petitioners who have to spend years waiting for a resolution.

In the Sacketts’ case, after 15 years of uncertainty, the family is about to move on from the appetizer to the main course on the issue of wetlands jurisdiction. Stay tuned for updates as attorneys from Pacific Legal Foundation argue this case (again) in the fall of 2022. 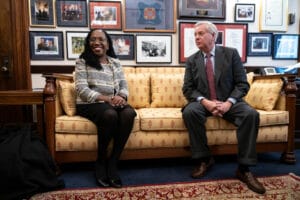 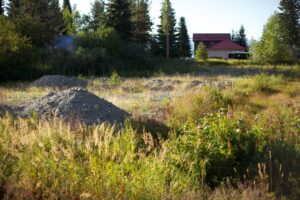 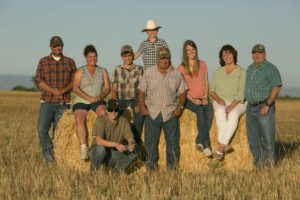