Why is Texas Afraid of Free and Fair Competition?

The Constitution forbids states from passing laws in order to entrench local businesses and exclude free and fair competition.  But Texas has worked for decades to protect its local liquor empires by excluding competitors from entering into the state.

More than 20 years ago, the Fifth Circuit Court of Appeals declared that Texas’s law which outright forbade out of state companies from holding liquor licenses was unconstitutional. Undaunted, Texas doubled down on discrimination by banning all large or publicly traded companies from receiving a license, while allowing existing companies, regardless of size, to continue to operate. This law was pushed by the local liquor industry with the goal of excluding competitors like Wal-Mart from entering the state. To further enrich local businesses, Texas allows them to bypass liquor permit limits by using family members to accumulate an unlimited number of permits. The impact of the public entity ban and the family permit exception (also known as the consanguinity exception) has been absolutely predictable. Today, only about 2% of liquor permit holders are out of state entities.

After a federal judge declared that the public entity ban and the family permit exception were unconstitutional, the Texas Alcoholic Beverage Commission appealed to the Fifth Circuit. The Pacific Legal Foundation filed an Amicus brief along with the Retail Litigation Center urging the Fifth Circuit to call out Texas’s discriminatory laws for what they truly are – barely disguised protectionism. Texas’s arbitrary laws simply serve no purpose other than to discriminate against out of state entities – a completely illegitimate goal.

In its appeal, the alcohol board effectively argues that the Constitution does not apply to laws regulating liquor sales. PLF urges the Fifth Circuit to reject that argument and to subject Texas’s laws to the full rigor of the Constitution.

The Lone Star State is big enough to handle a little competition. 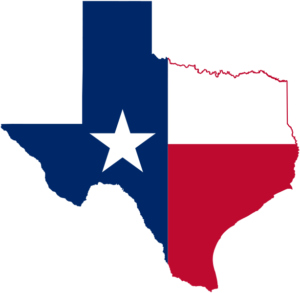