Why juries matter when you’re up against the government 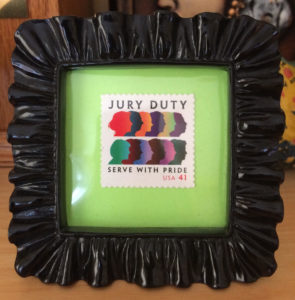 Today, we filed an amicus brief, joined by our friends at Reason and American Civil Rights Union, urging the Supreme Court to grant Brott v. United States, a case about whether property owners are entitled to a jury when the federal government takes their land.

If the federal government takes your property, who would you want to decide how much it owes you: the government that took your stuff or a jury of your peers? Me, too. As you might expect, the government wants to pay you as little as possible when it takes your property. A blog called “lowball watch” chronicles this sordid practice. In Pennsylvania, for example, a jury awarded a property owner $1.25 million after the city took his property–a mite more generous than the $60K the city had originally offered. And in San Diego, when the city condemned an office building to make way for a hospital, it initially coughed up $4.7 million, a fourth of the $16.8 million awarded later by a jury. A jury is key when it comes to compensation questions because the government has an obvious conflict of interest in appraising “fair” market value.

Yet when the federal government takes property, the property owner does not get a jury. This practice conflicts with the Seventh Amendment, which guarantees a jury in civil cases. A jury plays perhaps its most vital role when a lone citizen confronts the government leviathan. Thomas Jefferson once called trial by jury “the only anchor ever yet imagined by man, by which a government can be held to the principles of its constitution.” We’re urging the Supreme Court to drop the anchor.