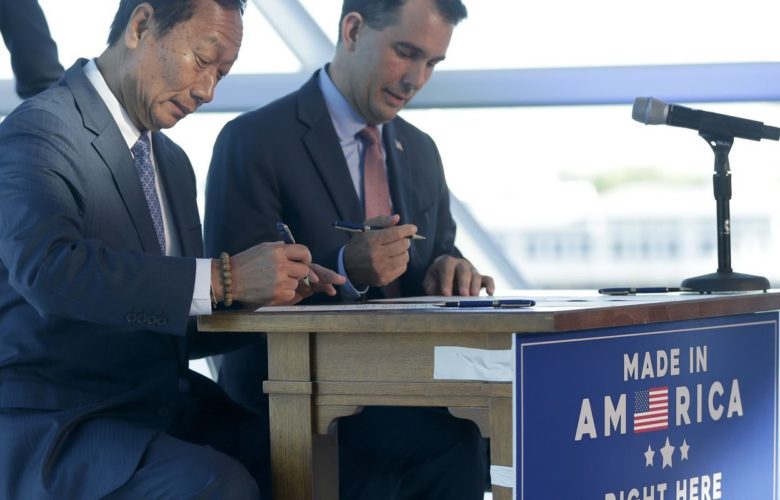 This originally appeared in The Hill on February 25, 2019.

Two years ago, Taiwanese tech company Foxconn promised to construct a $10 billion factory and create up to 13,000 jobs in the southeast portion of the Wisconsin. Last month, however, the company announced it was altering its plans for the factory. Although the company still intends to build a facility, it is unclear how many and what types of workers that facility would hold.

Now state officials, who pledged big subsidies to the company to land the project, are realizing they struck a bad bargain. The bitter irony is that the entire situation might have been avoided if Wisconsin policymakers had paid heed to sensible constraints embedded in the state constitution.

In exchange for this promised economic development, Wisconsin state officials pledged at least $3 billion in subsidies, much of it cash, to the company. Those in favor of the subsidies assured taxpayers these incentives were merely investments, which would be repaid by increased tax revenue from new workers in the state.

The deal was heavily criticized, and became a big issue in former Gov. Scott Walker’s failed bid for reelection. Critics feared that payments made to the company would take a long time to be repaid, or that the subsidies would never be repaid at all. Those fears seem to be coming true. While some of the subsidy payments were based on the company hitting designated performance benchmarks, the state already is on the hook for at least $1 billion.

Yet none of this should have been unforeseeable. This economic boondoggle could have prevented if state officials had paid attention to the Wisconsin state constitution’s “gift clause,” which says that, with some exceptions, “the credit of the state shall never be given, or loaned, in aid of any individual, association or corporation.” The state can “contract public debt and pledges to the payment” of its credit for “public purposes.”

Most states have similar gift clauses, passed to prevent the types of deals Wisconsin made with Foxconn. They are supposed to restrict the type of public-private partnerships that lead to the government risking money for the private benefit of a corporation.

Many states added gift clauses to their constitutions in the mid-to-late 19th century. The impetus for these clauses stemmed from the states’ bad experiences in using their resources to promote private economic development.

In the early 19th century, many state governments began borrowing funds, supplying working capital or issuing bonds in support of transportation corporations. This led to a rat race between state governments, as officials competed to make bigger and bigger promises to companies to lure business to their states.

As Rutgers University professor G. Alan Tarr has described it: “Particularly influential in promoting the states’ often-reckless promotional efforts were the hope of economic windfalls … as other states courted prosperity with speculative ventures.”

Predictably, the bidding war, using public resources, led to ruin. In 1837, nine states defaulted on their debts, leading officials to question their methods of promoting economic development. As a result, many states adopted gift clauses to prevent the problems associated with promising state resources to private companies. One of those states was Wisconsin, which included its gift clause in the original 1848 constitution.

Unfortunately, since 1848, Wisconsin’s gift clause has been weakened. It was amended to allow gifts or loans for “public purposes.” Wisconsin courts have interpreted “public purpose” broadly, deferring to the legislature’s determination of what is or is not a public purpose. The result is a clause that has no meaning and provides no limits on public spending.

As the Foxconn deal shows, history repeats itself. Other Great Lakes states made promises to Foxconn in an attempt to lure the company, and ultimately Wisconsin made the biggest promise. Now it appears the promised return on the state’s investment will not come to fruition, at a great cost to taxpayers.

Wisconsin may end up salvaging something from the Foxconn debacle, but any benefits will not be close to what the company promised. If officials look to the constitution they swore to uphold, and to the history behind relevant provisions such as the gift clause, maybe they can avoid future bad deals.

Officials in other states should pay attention and learn from Wisconsin’s mistakes.