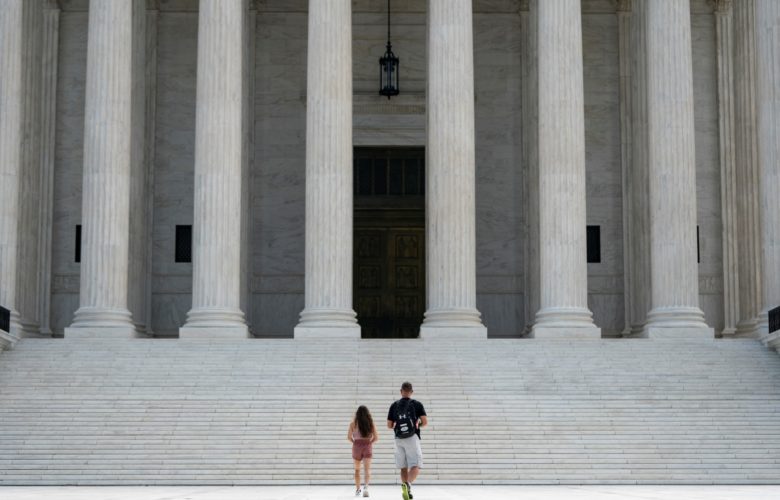 Editor’s note: In March 2021, the Supreme Court ruled in favor of the plaintiffs in Uzuegbunam to allow nominal damages for past completed constitutional injuries. This decision will ensure access to the court (regardless of someone’s wealth) to more people who’ve had their rights violated by the government.

If the government violates your civil rights, should you only be able to defend yourself in court if you can afford a high-priced lawyer (or convince a high-priced lawyer to represent you for free)? Of course not. But an upcoming Supreme Court case called Uzuegbunam v. Preczewski could ultimately open (or close) the courthouse doors to many civil rights plaintiffs.

When Congress passed the Civil Rights Act, it included provisions to ensure that anyone would be able to defend their rights in court—regardless of their wealth or connections. The Civil Rights Act mandated that the government pay the attorneys’ fees of plaintiffs that win their civil rights case.

Everyone knows that litigation is expensive, so Congress included this fee-shifting provision in the Civil Rights Act to encourage people to defend their rights in court (and not go bankrupt doing so), and to encourage lawyers to represent pro bono those people whose rights are violated by the government. The fee shift effectively gives victims of civil rights violations access to the courts regardless of their wealth or connections.

But the government frequently tries to get around this provision (i.e., paying the legal fees of successful civil rights plaintiffs) by changing the offending laws while a case is being litigated to avoid being held liable for its past violations of people’s rights. Whether the government should be allowed to do this is the principle underlying Uzuegbunam v. Preczewski, a case the Supreme Court will hear later this year. In that case, a student was unconstitutionally prevented from speaking on his public college campus. The college changed its policy before the court ruled and the court dismissed the student’s case as moot.

The college is to be commended for changing its unconstitutional policy. But because the court ruled the case moot, the student and his attorney were unable to recover their attorney fees from the government (an amount that can run to hundreds of thousands of dollars through litigation in the Supreme Court).

Make no mistake: it’s good when the government concedes that it acted out of constitutional bounds and changes its policies going forward. But that doesn’t vindicate the person whose rights were previously violated. That’s why, even when there is no monetary component (how does one calculate the dollar value of being silenced?), courts typically award “nominal damages” (often $1) to successful civil rights plaintiffs, as symbolic vindication of their rights.

The nominal damages award, along with the court’s declaration that the government acted unconstitutionally, allows successful plaintiffs to have the government pay their attorneys’ fees.

PLF submitted an Amicus Brief supporting Uzuegbunam’s case and arguing for civil rights plaintiffs’ access to the courts regardless of their income or connections. Defending your civil rights in court shouldn’t rely on your ability to afford expensive lawyers, or your luck in finding lawyers willing to take on your case for free.

In Uzuegbunam, the Justices should decide that civil rights plaintiffs who suffered a past constitutional injury can pursue their claims to a final judgment. By doing so, the courts will be equally available to anyone brave enough to defend their rights.

Is eight enough? How the Supreme Court functions with only eight justices September 30, 2020 I By MARK MILLER