Blog > Issues > Separation of Powers > Is eight enough? How the Supreme Court functions with only eight justices 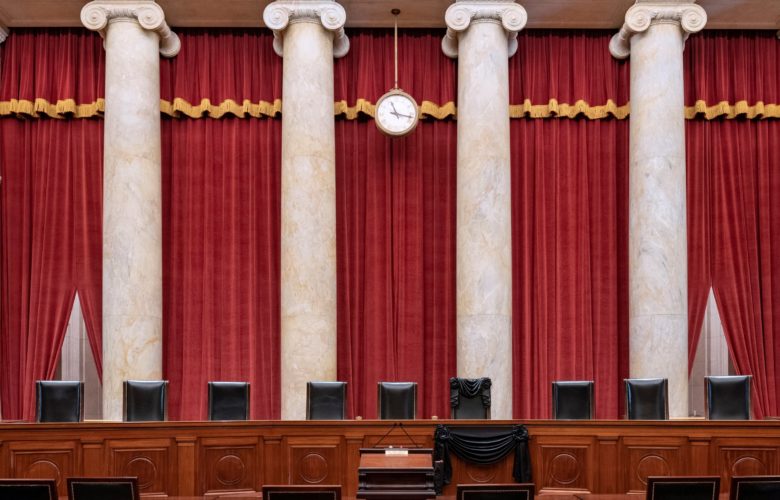 In light of Justice Ruth Bader Ginsburg’s recent passing, the U.S. Supreme Court will be without a full complement of judges for the third time in the past decade—first, when Justice Antonin Scalia passed unexpectedly in 2016, next when Justice Anthony Kennedy retired, and now this time. How does the Court work when a judge is missing, and what outcomes might Court watchers expect?

The short answer: Expect many of the same outcomes that would occur if there were nine Justices.

Fortunately, with PLF’s extensive experience before the Supreme Court, we can speak to this reality with first-hand knowledge. In 2018, PLF presented two cases during the first week of the Court term, when Justice Brett Kavanaugh had not yet been confirmed to fill Kennedy’s vacant seat. The outcomes in those two very different cases help illustrate the choices that face an eight-Justice Court.

That landmark case pitted Poitevent and Weyerhaeuser against a federal government agency that had designated their private property “critical habitat” for that endangered frog (despite the fact that the frog had not lived on the land or in the nearby surrounding area for at least six decades). The government’s critical habitat designation severely limited the land’s economic use and value, so the Court faced a dilemma: the species deserved protection, but in this case it made little sense to declare Poitevent’s land a critical habitat for this species.

That kind of split is often the risk when the high court has only eight Justices. When that occurs, the lower court’s result in the decision stands—which in this case would have been terrible for PLF and its client, because the federal government had won in the lower court.

Thankfully, that fear was not realized, as Chief Justice John Roberts delivered a unanimous opinion in favor of private property rights and PLF’s client—but while doing so, his measured opinion emphasized the importance of protecting endangered species. The opinion was a masterful example of Roberts’ theory of judicial minimalism, where he attempts to demonstrate unanimity or near-unanimity among the Justices by delivering an outcome that demarcates winners and losers but does not go further than necessary to decide the case before the Court.

A unanimous outcome is one possible outcome, but it’s not the only—or even the most likely—result. Which brings us to Knick v. Township of Scott, the second case PLF presented in the 2018 term to an eight-Justice Court. Our client Rose Knick owns property in Pennsylvania that may or may not include gravestones demarcating the remains of former local residents of the area. The local municipality passed a law demanding that she and anyone else with similar remains on their property had to open their properties to the public from dawn to dusk. This law, which amounted to a demand for an easement on Rose’s property without just compensation, was unconstitutional—so we took her case to the Supreme Court.

When the case was first argued, it was unclear how the eight Justices would decide. But after Kavanaugh was confirmed a few weeks later, it became clear the Justices were evenly split, as Roberts ordered that the case be re-argued to the full complement of nine Justices. Ultimately, that move saved Rose’s case, as the Court split five-four in our client’s favor—another clear victory for private property rights.

The key lesson: When the Court is down a Justice, the gears of justice do not stop. It may force the Justices who remain in place to work harder, but protecting the rights and liberties of Americans does not stop just because the Court is missing a Justice.

Thank goodness for that.

The Detroit News: How a Supreme Court with eight justices works October 06, 2020 I By ELIZABETH SLATTERY

You shouldn’t need to be rich to defend your civil rights in court October 01, 2020 I By DEBORAH LA FETRA