Blog > Issues > Equality Under the Law > A dad’s Fathers Day gift: fighting for his son’s rights 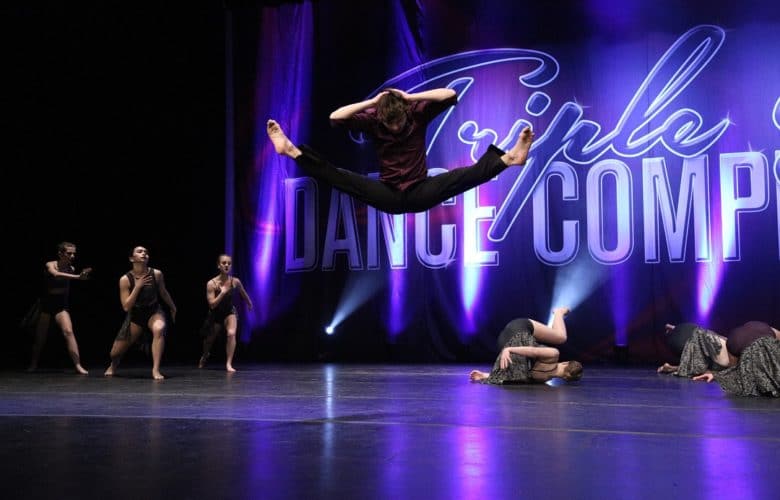 Joel Greenwald can’t dance. If you ask him, he’ll say that he has “three left feet.” His son Zachary, however, loves to dance. Zach loves dancing so much that in seventh grade after he was told competitive school dance teams are only for girls, he kept dancing with a private studio.

Meander through the Father’s Day section of any store’s Hallmark aisle and you’ll see rows of Norman Rockwell-esque cards depicting dads and their boys having fun fishing off a dock or tinkering under the hood of the family car. When a son’s interests differ from his father’s, it can make those Norman Rockwell scenes harder to come by, but dads like Joel find ways to connect with their sons anyway.

Joel’s way of connecting with Zach just so happened to challenge gender stereotypes and set a course for a major constitutional lawsuit in federal court. 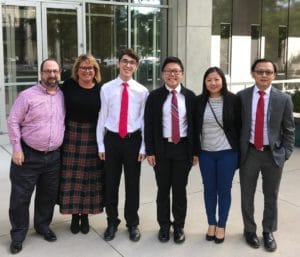 The Greenwald family with their co-plaintiffs, the Moua family

For years, Zach had danced with girls and competed alongside them in independent competitions around the country. But when his school’s competitive dance season came around, he wasn’t allowed to dance because he was a boy. If Zach wanted to be a part of the team, school administrators would only allow him to sit on the sidelines as the school’s dance team manager.

Zach endured this unfair and unconstitutional discrimination for years until he finally had enough. That’s when Joel and his wife, Carol, began researching whether they might have a legal case. Joel and Carol could have told Zach that “rules are rules” no matter how unjust they may be, but their son wanted to dance. So, at Zach’s urging, Joel contacted Pacific Legal Foundation to see if something could be done.

We were happy to take the case.

When the Greenwalds were met with an outdated rule based on outmoded stereotypes, they didn’t sit idly by and allow Zach, or other boys, to be discriminated against. Instead, they challenged the rule publicly and in court. Such bravery doesn’t come without cost—especially when you’re a high school boy trying to do something different, like competitive dance. But with his parents standing behind him, Zach fought for his rights anyway—and he won.

On this Father’s Day, we’re proud to salute Pacific Legal Foundation client Zachary Greenwald for taking a stand, and his father Joel for supporting his quest.

Victory goes to the dancers March 06, 2019 I By CALEB TROTTER