Dmitri Moua has long been involved in the performing arts, singing and dancing in theater. But a couple of summers ago, he attended a dance tryout with a friend and discovered a whole new world of enjoyment, self-expression, and teamwork. Dmitri has since studied and practiced jazz, kick, and several other dance techniques, and for him, dance builds his self-confidence and sense of belonging.

But when Dmitri wanted to join his school’s competitive dance team, he was told he could not, because he is a boy.

Though he could practice with the team, this rule forced Dmitri to sit out of competitions. In fact, the only way Dmitri could remain with the dance team was as the team manager.

Dmitri was understandably disappointed and frustrated.

“I’m really competitive, and I love winning and losing, and learning from mistakes,” Dmitri says. “And I can’t do that if I’m just sitting on the sidelines.”

Dmitri’s mother, Bao Xiong, says out of all other sports and activities he has tried, dance is where he shines—inside and out.

“It’s really hurtful to see him like this,” Bao said. “When your kids grow up, and you tell them ‘you can be whatever you want, you can do whatever you want, and then they want to do something and you can’t do it because the Minnesota league doesn’t allow you because of your gender? It makes me sad to see that.”

Refusing to sit on the sidelines any longer, Dmitri challenged the rule in federal court arguing that the girls-only limitation is blatant sex discrimination, which violates the Constitution’s equal protection guarantee and Title IX. The league has no justification for its intentional, sex-based discrimination other than the outdated stereotype that “boys shouldn’t dance.” A district judge rejected the case, but an appellate court ordered a preliminary injunction on March 6, 2019, allowing Dmitri to dance with his school team. 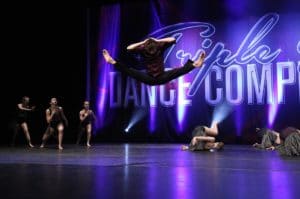