Can government regulate your subconscious? 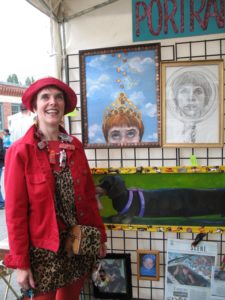 Today, we filed a legal challenge against Seattle’s heavy-handed attempt to squash its residents’ “unconscious bias.” A new Seattle ordinance forbids landlords from choosing their own tenants in a sweeping effort to prevent subliminal prejudices from tampering with their decisions. The law, however, will only hurt small-time landlords and those who already struggle to find housing. And it violates constitutional rights.

The “first-in-time” rule works like this: landlords may set broad rental criteria like “no pets,” but otherwise they must rent to the very first qualified applicant. Even if more than one applicant qualifies, landlords may not pick among them–the landlord must make offers in chronological order.

The city council believes we need this rule to help us “unlearn” implicit prejudices that taint our choices. So their answer: take away choice. According to the council, this will prevent landlords from “cherry picking” among qualified applicants and “level the playing field” for those who might struggle to find housing.

Like many well-intended government programs, Seattle’s first-in-time policy will leave behind it a long trail of victims and–maybe–a handful of lucky beneficiaries. Among those victims will be the very people the law intends to help.

The most obvious victims are our clients–a group of small-time landlords. These are mom-and-pop property owners who have never discriminated, yet they must now suffer under an unproven accusation of unconscious bias. Even if landlords can still set general rental criteria like credit history, these broad and imprecise filters can’t replace discretion and judgment. It’s like forcing an employer to hire the first applicant who meets the job qualifications. Genuine choice can’t be reduced to paper.

And these landlords are hardly the wealthy elite. For example, Kelly Lyles, a local artist, relies almost exclusively on the $1300 a month she pulls in from her small rental in West Seattle. She herself lives below the area median income. Kelly deserves some say over how to manage her key income source. She can’t afford to hire an attorney to go after tenants that don’t pay, and a month’s worth of missing rent would mean a month without income.

For Kelly, choosing her tenants is also a matter of personal safety. As a single woman who often interacts with her renters, her comfort level with a potential tenant is paramount. She can’t make decisions about her own safety through a paper rental application. She needs to be able to rely on her gut instinct and careful discretion about who she feels safe working with for years to come.

Another victim is the Yim family, who can’t afford to remain in the city without their rental income. The Yims own a triplex and live in one of the units with their young children. Hence, their tenants are also their intimate neighbors. They share a yard and see each other often. Compatibility and safety are key for the Yims, but those two factors can’t be divined from paper.

Tenants themselves–especially the poor and vulnerable–will also count among this law’s victims. After all, the law favors those who can rush to apply for a rental unit first; these will invariably be people with a leg up. Who will be able to apply first, a non-native English speaker who works as a housekeeper at the Best Western, or a software engineer at Amazon? The latter has huge advantages over the former. The Amazonian likely has easy internet access during the workday to search for and apply to newly advertised units. She probably has flexible working hours and a car so she can visit a unit as soon as it’s advertised. The housekeeper, on the other hand, likely has no internet access at work or at home. She probably can’t take a quick break and run to visit a unit before it’s scooped up. And the language barrier will only exacerbate the search and the application process.

The law will also make it harder for landlords to give someone who is struggling a chance. For instance, our client Scott Davis rented out one of his units to two young men from separate minority groups. They had no solid rental or credit history. But he liked them because they were polite, they took off their shoes when they visited the unit, and they seemed excited to live there. He decided to give them a chance, and they were excellent tenants.

The first-in-time rule discourages this flexible generosity. Scott can no longer offer a break to someone who normally wouldn’t satisfy his criteria. And he’s had to toughen that criteria to reduce the risks he faces because he can’t control whom he rents to. The first-in-time rule has an exception for landlords who choose to rent their units to “specific vulnerable populations,” but that doesn’t apply to case-by-case scenarios, and landlords don’t know how the city will apply this vague exception. In the end, while the city is trying to crush unconscious bias, it instead squashes conscious goodwill.

The final and perhaps saddest victims of the first-in-time rule are the constitutional rights that the rule tramples in the name of a vague and amorphous goal. Our lawsuit claims that the first-in-time rule violates landlords’ right against government takings without just compensation and their right to due process of law, among others. By obliterating landlord discretion, Seattle has taken a fundamental attribute of property–the right to exclude people from your property and choose the people you rent to.

In their zeal to enact laws that further their social agenda, cities sometimes forget a yet higher law–the law of unintended consequences. But one consequence is clear: Seattle can’t violate our clients’ rights without facing them in court.