Yesterday, a Florida trial court dismissed a union-led lawsuit challenging the Florida Tax Credit Scholarship Program. The Florida Legislature created the Tax Credit Scholarship Program in 2001, which gives dollar-for-dollar tax credits for donations from corporations to K-12 scholarship funding organizations. Nearly 70,000 Florida students from lower-income families are attending the private school of their choice thanks to these scholarships.

Even though study after study confirms that 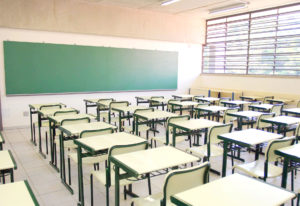 school choice programs like this improve educational outcomes for kids in private and public school, unions have continued to fight them. In August, the largest Florida teacher union – joined by other members of the education establishment– filed the lawsuit, McCall v. Scott. They argued that the program violated the Florida Constitution’s ban on giving state money to religious groups and its mandate to fund public schools.

The court disagreed, dismissing the case, because the union and other plaintiffs have not been injured and lack standing. First (and most obviously) business income is not state money. There is a big difference between allowing a businesses to keep their own money and taking taxpayers’ money and giving it to those businesses. Second, the union could not show that the program hurt any per-pupil funding for public schools. Tax breaks do not necessarily hurt the state budget, let alone school funding, because they can also create savings or economic benefits to the state. Thus any attempt to show an injury would be purely speculative.

The union’s claim that the program hurt funding to public schools also happens to be wrong. A scholarship costs the state less than educating a child in a traditional public school, because the scholarships may not exceed 82% of the state’s public school per-pupil funding. That’s why even the state’s own analyses have consistently shown tens of millions of dollars in savings.

The court’s decision to dismiss follows the example set by the U.S. Supreme Court in Arizona Christian School Tuition Organization v. Winn and the New Hampshire Supreme Court in Duncan v. New Hampshire. If the union appeals, PLF expects to file a friend of the court brief in favor of the Tax Credit Scholarship Program.