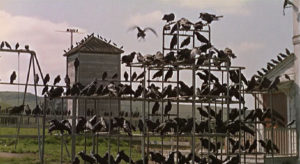 Yesterday, we learned the Florida Supreme Court denied review of our Ganson v. City of Marathon regulatory takings case. We’ve previously written about the case here, here, here, and here. In a nutshell, government officials in the City of Marathon, along with officials in Monroe County and the State of Florida, decided that Gordon and Molly Beyer, a married couple who owned a 9-acre piece of property in the Florida Keys, lost all rights to develop on the nine acres – an island known as Bamboo Key – because it made a fine bird rookery. And when those officials made that decision, they further decided they did not have to pay the Beyers for the taking despite having rendered Bamboo Key virtually uninhabitable. I say “virtually” because the officials in their perverse form of benevolent despotism graciously allowed that the Beyers could use the island for temporary camping.

I kid you not.

Unsurprisingly, Pacific Legal Foundation believes that this amounts to a total taking of the Beyers’ property. We will now seek review of the case at the Supreme Court of the United States. The last time we took an adverse Florida Supreme Court decision to the nation’s High Court, we won a crucial victory for property rights on behalf of Coy Koontz and the Fifth Amendment rights of all Americans. We intend to win another case for all Americans this time, as well.