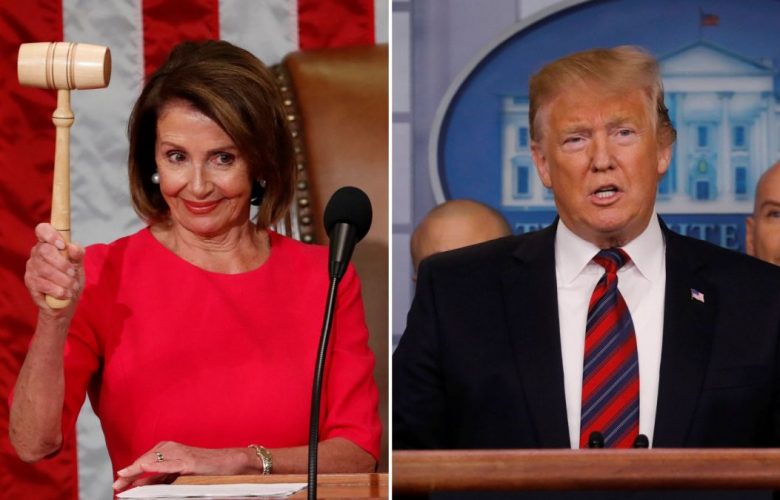 And the list goes on and on. Every event perceived to have even a minimal impact on politics is spun by the mainstream media and cast as a catastrophic occurrence “literally” imperiling our collective futures. And while this kind of manipulation is disingenuous in the extreme, it also represents just plain old effective politicking. Fear is the primary currency of power.

But what is the actual effect of the federal government shutting down? 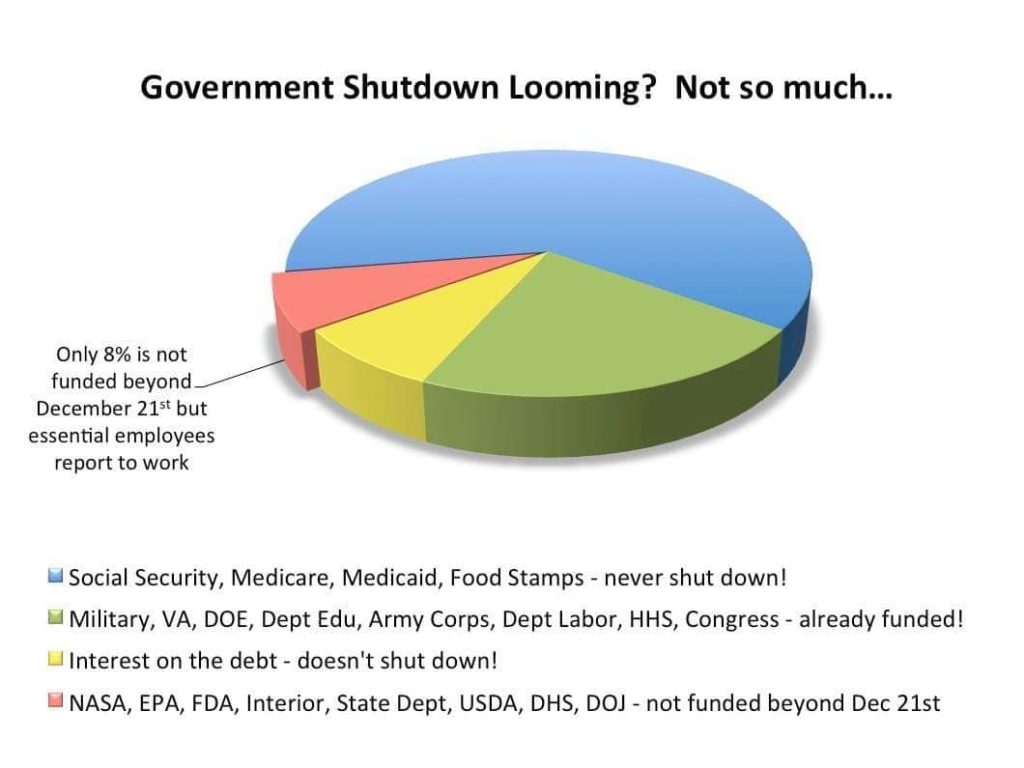 As you can see reflected in the chart above, the vast majority of the federal government is still in operation, shutdown or no shutdown. The word “shutdown” in this context is a misnomer. The federal government literally can’t shut down completely, because the vast majority of federal spending occurs on a non-discretionary basis. Non-discretionary payments continue pursuant to previously enacted statutes. Congress has no discretion over these payments per a newly enacted (or rejected) budget. Even among the 8% of the federal budget that is not currently funded because of the shutdown, only “non-essential” programs and employees are affected. For “essential” employees it is business as usual.

So what is the result of the big, scary, ominous, catastrophic GOVERNMENT SHUTDOWN of 2018? About 400,000 non-essential federal employees will go without pay for a couple of weeks until the president and Congress come to an agreement, at which point they will more than likely be given back pay.

Instead of buying into the media narrative or political hype, more Americans should recognize that there is a difference between the actual crises facing the country and more fake news. We have many serious challenges ahead in the coming years. But the federal government being being partially shut down for a few weeks is certainly not one of them.*

*Unless the politicians involved in the current shutdown are really stubborn enough to keep it going for an extended period. Then things could get very, very bad.