At Ghost Golf in Fresno, the weeks leading up to Halloween mark the peak season for the haunted house-themed miniature golf center, earning enough money for owner Daryn Coleman and his family to weather the springtime slowdown. This year, however, Ghost Golf has been closed since March, haunted by Governor Gavin Newsom’s COVID-related business shutdown orders. The Coleman family, in turn, has gone more than six months with no income and are losing tens of thousands of dollars a month in revenue while still facing rental obligations and other business expenses. Worse, Newsom implemented his complex, arbitrary color-coded scheme with neither legislative authority nor an expiration date. With their livelihoods—and life savings—on the line, Daryn and another California small business owner are fighting back in a lawsuit filed in California state court.

Daryn Coleman left his job in the telecommunications industry in 2010 with a dream of starting a family entertainment center that would bring joy to others. He and his wife invested their life savings in his dream, which became Ghost Golf, an indoor miniature golf venue with a unique haunted house theme.

In 2018, Daryn and his wife moved their family and the business to Fresno, California, where they quickly began expanding the business. They added arcade games and a themed shooting gallery, and began plans for an escape room and perhaps laser tag.

Those plans came to an abrupt halt in March, however, when Gov. Gavin Newsom issued statewide business shutdown orders in response to the COVID-19 pandemic. Ghost Golf has been shut down ever since, with the exception of four days at the end of June when California health officials allowed the business to reopen.

Daryn spent those four days and a thousand dollars implementing strict safety protocols, only to close again under Newsom’s second shutdown order. Two months later, the governor announced his “Blueprint for a Safer Economy,” a new complex, sweeping color-coded regulatory scheme for counties and corresponding restrictions for all sectors of the economy.

Fresno County’s “red” listing allows most businesses to open with restrictions; however, indoor family entertainment centers like Ghost Golf must remain closed—even though they would require patrons to wear masks and would ensure social distancing. Ghost Golf has had no revenue since March, and it continues to lose tens of thousands of dollars for each month it remains closed. And although he’s working with his landlord, Daryn is still obligated to pay monthly rent as well as other costs to maintain the business.

The timing is especially bad. Because of its theme, Ghost Golf’s peak season is the weeks before Halloween. Because the business will likely be closed through the holiday, it will be difficult to recoup the income that keeps the business running through the much-slower spring months.

The governor refused to include a “green,” or all clear, category in his color-coded scheme. With no expiration date on the governor’s arbitrary business rules, survival of the Colemans’ livelihood and family nest egg grows dimmer with each passing day.

Whether or not the governor had the initial authority to shut down businesses in response to COVID-19, neither he nor the California Department of Public Health has the authority—seven months after the fact—to enforce a never-ending scheme restricting business operations without any legislative input.

Although governors can take many actions in the face of emergencies, they aren’t allowed to make laws, as Gov. Newsom has done. Under the California Constitution, that is the legislature’s job. With no end to the shutdown in sight, Daryn is fighting back. He and another small business owner and entrepreneur who are struggling under these restrictions are suing to end the governor’s unlawful orders. 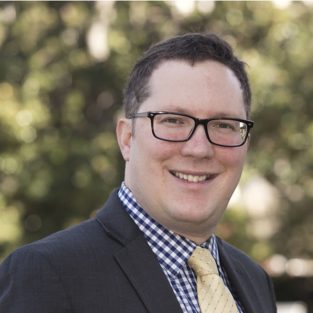 The Hill: Enough is enough: It’s past time to rein in governors’ emergency powers January 12, 2021 I By DANIEL DEW

Small business owners are fighting back against Gov. Newsom’s unconstitutional shutdown orders. Here’s why.  October 30, 2020 I By DANIEL ORTNER