In the wake of COVID-19, Washington State and Seattle joined a number of cities and states to enact emergency eviction bans that eliminated landlords’ ability to evict tenants who violate lease terms, such as by neglecting to pay their rent. Seattle added an ordinance that prohibits landlords from seeking full repayment for up to a year from the emergency’s end date. This means Mark Travers, who built and leases a couple of rental units in Seattle, has no legal way to deal with two tenants who stopped paying their rent in April and owe $14,000 in back rent. Represented by PLF free of charge, the Traverses’ business, El Papel, LLC, and other small-scale landlords are challenging these eviction bans that go far beyond helping those affected by the pandemic.

Mark Travers thought being a landlord would be a good way to earn some extra income and create affordable living space in Seattle’s very limited housing market. Mark, an architect by trade, built a couple of rental units that quickly filled up with tenants.

Like most small landlords, Mark respected his obligations spelled out in lease agreements with his tenants, and he was secure knowing the city provided legal remedies if a tenant broke a lease agreement. That is, until the COVID-19 crisis hit.

In April, as the pandemic’s impact was hitting full stride, Seattle and Washington joined a number of other cities and states in enacting temporary eviction bans to prevent landlords from evicting tenants for lease violations, such as neglecting to pay their rent. Almost immediately, two roommates who rented from Mark stopped paying rent. They rebuffed Mark’s attempts to negotiate partial payment and began a politically motivated leaflet campaign to encourage an all-out rent strike in the surrounding buildings.

Unlike before, Mark could take no legal action to resolve the problem of his non-paying tenants. Not even when their lease expired at the end of July, and not even when they owe Mark $14,000 in back rent.

The governments’ emergency responses prevent Mark from seeking relief for at least a year—and perhaps much longer. Seattle’s eviction ban lasts six months past the official end of the city’s state of emergency and will mostly likely bleed into the city’s new annual winter eviction moratorium that runs December 1 to March 1.

Seattle also tacked on a second ordinance that forbids landlords from pursuing full repayment for overdue rent for up to a full year from the civil emergency’s official end date. Nor can a landlord charge interest or late fees during that timeframe.

While proponents insist these measures address the COVID-19 crisis, their reach stretches beyond any reasonable connection to the pandemic. Landlords like Mark cannot evict tenants who didn’t pay their rent before the virus struck, and tenants don’t have to prove any hardship resulting from the pandemic.

No one wants people hurt by the virus or its economic impact to be thrown out on the street, but the crisis doesn’t seem to be causing a surge in evictions. According to data from EvictionLab, evictions are well below historical averages in many cities where COVID-19-related bans have been lifted.

Instead, eviction bans risk making housing more expensive, as landlords will likely be forced to increase rent, once the pandemic is over, having lost out on months of rent payments. And if landlords lose their property entirely, many renters will be forced to find new—and now more expensive—housing when their leases end.

If governments want landlords to house non-paying tenants, they must compensate landlords for taking their property, according to the Fifth Amendment of the U.S. Constitution. Eviction bans also violate the Constitution’s contracts clause by undermining the contractual obligations in lease agreements.

Represented free of charge by PLF, Mark and several other landlords are fighting back in a federal lawsuit to defend their right to operate like any other business and not be forced through aggressive emergency government action to carry the economic burden created by COVID-19.

US District Court for the Western District of Washington at Seattle 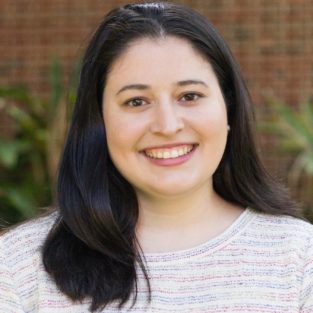