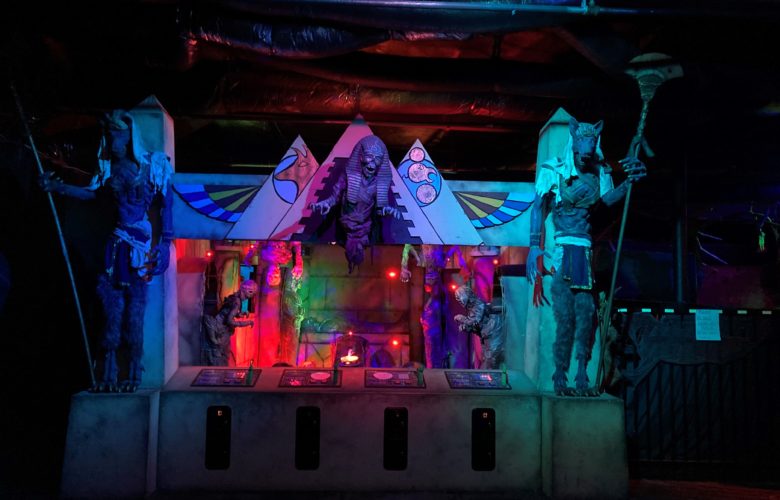 This Halloween will be particularly spooky for small business owners across California, thanks to Governor Gavin Newsom’s ongoing shutdown of businesses statewide in response to the pandemic. Indeed, many of these small businesses may not live to see another All Hallows Eve.

For example, take Ghost Golf, an indoor miniature golf and family entertainment venue in Fresno. Owner Daryn Coleman used his skill with animatronics and robotics to custom design a mini-golf course with a haunted house theme. But thanks to Newsom’s shutdowns, Ghost Golf has only been able to open on four days since March, even though Coleman implemented robust safety precautions to protect his customers and their families. Since Halloween is his peak season, Coleman’s prospects are grim as his business revenues plunge and his debt mounts.

The dire situation these small business owners face is bad enough. But what should frighten all of us is there is simply no end in sight to the continued shutdowns. Since March, Newsom has unilaterally adopted one shutdown and reopening scheme after another, repeatedly changing his mind about what businesses are allowed to open and how, and he shows no indication of stopping. Indeed, the governor has made it clear he chose not to create a green tier in his color-coded blueprint because he does not anticipate the state returning to normal any time soon.

Fortunately, Coleman and other survivors of Newsom’s business shutdown apocalypse are fighting back against the governor’s overreach. Represented by Pacific Legal Foundation, a public interest law firm that fights for individual liberty and against government overreach, Coleman and other small business owners filed a lawsuit challenging the state’s heavy-handed response this week. Our primary argument: The governor does not have the authority to shut down business throughout the state.

Under the California Constitution, of the three separate branches of state government—legislative, executive, and judicial—only the legislature is allowed to create new laws. If businesses must be closed in the face of COVID-19, that decision needs to come from the legislature.

In fact, lawmakers were recently able to meet and enact a wide variety of laws, including some addressing pandemic response. Clearly, lawmakers have had the opportunity to set standards for which businesses must be closed in response to COVID-19. But thus far, they’ve failed to act, deferring to the governor’s office on these critical decisions that have a heavy impact on Californians’ lives and the state’s economy. That’s a terrible dereliction of duty.

True, the governor does have certain powers to respond in an emergency. For instance, under the California Emergency Services Act, the governor is able to coordinate all functions of the executive branch and to suspend any regulations that get in the way of the state’s response.

But the governor has not been given the express authority to impose long-term shutdowns of businesses. Instead, the governor relies on a general provision that gives him the “police power” of the state. Relying on this provision, Newsom claims he can do whatever he wants so long as it bears some connection to the pandemic.
Since an emergency declaration can last indefinitely, this is a pretty terrifying claim. If the governor were given such broad power, there would be no limiting principle or safeguards to prevent abuse. Fortunately, the California Constitution does not allow such a broad delegation of authority from the legislature to the governor.

For almost eight months, Newsom has unilaterally determined whether people are allowed to make a living or not. But the California Constitution is not suspended even in the middle of a pandemic. Coleman and the other small business owners must be allowed to reopen and wake up from the nightmare they have been trapped in since March. It’s time for the governor to stand down on shutdowns.