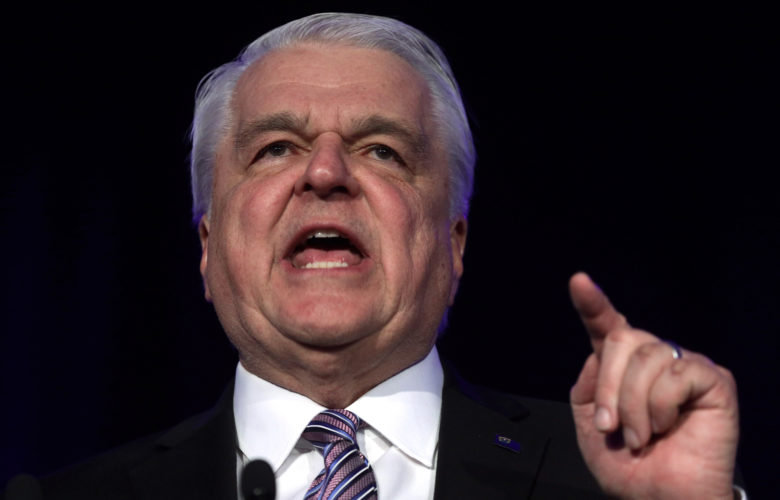 In recent years, businesses that combine the fun of playing games with drinks and the atmosphere of a bar or tavern have become extremely popular. From e-sports lounges to arcades and board game shops, these locations have become destinations for adults to socialize and enjoy a fun night out. Individuals come to these businesses primarily because they want to participate in gaming in a fun social environment. Without the gaming opportunity their business model is not sustainable.

Unfortunately, because of Governor Sisolak’s most recent COVID-19 related emergency orders, these unique businesses such as the Glass Die, a board game parlor, or Press Start Arcade & Bar (both located in Reno, Nevada), are put in an untenable situation. They have been told they can either open as a bar and not offer any games to patrons or open as a family entertainment center but close their bar down completely. Neither option will allow these unique businesses to survive.

This executive order is both absolutely devastating and highly illogical. If drinking with friends at a bar or playing board games with friends in a retail environment are both approved and appropriate activities, it makes no sense to shut down a business that combines both activities. There is also no principled way to distinguish these shops from casinos, where individuals play games and are served drinks. If individuals can gather together to play craps, then there is no reason why they cannot gather to play Settlers of Catan. If they can play roulette, then they should also be able to play Risk.

Indeed, a store like the Glass Die is much more likely to employ safe social distancing practices than a venue such as a casino. Patrons will typically attend with friends or family members and will sit with them throughout the evening. Games are not shared between tables and can be sanitized or quarantined after use. In contrast, in a casino strangers will sit and play together at a blackjack or poker table or sit in close proximity at slot machines. So, the state’s decision to allow casinos to open but not the Glass Die makes no sense. Unless that is, you consider the relative wealth and lobbying power of casinos compared to small businesses like the Glass Die.

The arbitrary and irrational treatment of these hybrid shops violates the guarantees of equal protection under the law and due process secured by the Nevada and United State Constitutions. Even during a pandemic, there is no justification for treating nearly identical businesses so dissimilarly. While casinos are an important part of the Nevada economy, other establishments such as Glass Die are vital as well, and the size of an industry should not determine how it is treated under law.

The continued shutdown or invasive regulation of businesses such as the Glass Die also reveals a deeper problem with emergency government during COVID. The Nevada Constitution establishes a strict separation of powers between branches. The legislature is expected to enact laws and make fundamental policy decisions. The Governor is empowered to enforce the laws enacted by the legislature, not to make new laws. But for nearly eight months, Governor Sisolak has been running the State of Nevada’s economy through directives and emergency orders. Indeed, the Governor claims the power to do anything “without limitation” if he feels it necessary to prevent the spread of COVID-19.

While the Governor has been given emergency powers in the Emergency Management Statute, that power does not extend to the issuance of generalized business restrictions and closures. Such an open-ended and limitless grant of authority “without limitation” would violate the Nevada Constitution and the principle that the legislative branch cannot delegate its core lawmaking authority to the executive. Such an open-ended grant of authority would lack any limiting principle.

The Michigan Supreme Court recently ruled that its state’s Emergency Management Act was unconstitutional for the very same reason. The Court concluded that the state’s emergency law was problematic because of its “expansiveness, its infinite duration, and its inadequate standards.” The same is true for the nearly limitless power that Governor Sisolak has claimed. And a trial court in California recently ruled that Governor Newsom’s claim of nearly unlimited lawmaking authority violated the California Constitution, an argument that PLF is also currently advancing on behalf of small California businesses.

One-man rule is antithetical to the Nevada and U.S. Constitutions. It is also likely to produce irrational and arbitrary outcomes such as the Glass Die’s closure, even as casinos remain open. The time has come for the end of rule by executive order and a return to the constitutional guarantees of equal treatment and individual liberty.

Can they really do that? What are the limits of government during COVID-19? January 07, 2021 I By STEVE SIMPSON