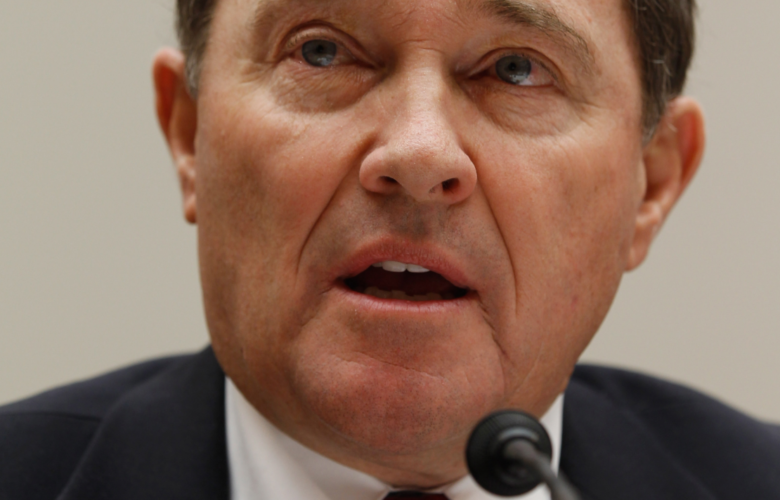 On Nov. 9, Utah Gov. Gary Herbert once again declared a state of emergency in Utah, imposing a mask mandate, limits on business activities and restrictions on social gatherings.

What is most notable about the governor’s actions is that this is the second time in eight months that he has limited social and business activity across the state without legislative approval — or even input.

Before debating the wisdom or folly of his actions, we ought to step back and ask whether we’re comfortable with a single individual dictating policy for millions of Utahns. Whether or not you like the governor’s actions, Utah’s constitution is clear: Only the Legislature can impose binding law on citizens. The governor can act pursuant to laws granting him the power to take action as long as the Legislature remains in the driver’s seat and dictates the key policy decisions. Herbert’s recent COVID-19 mandate is an act of lawmaking power that belongs to the Legislature alone.

Granted, Utah law gives the governor emergency powers to respond swiftly in crisis. Those powers, however, are limited. One of those limitations is that a state of emergency can’t exceed 30 days without the Legislature’s express go-ahead.

Despite the outcry, the governor has once again declared a new state of emergency, helping himself to even more emergency powers.

Utah, like the federal government, has divided power among three separate branches as a fundamental bulwark of individual liberty.

James Madison long ago explained why we need checks and balances among government branches: “If angels were to govern men, neither external nor internal controls on government would be necessary.” But we are governed by humans, and the puzzle lies in figuring out how to give government the scepter of power while managing “to oblige it to control itself.”

One key answer to this puzzle is to divide power among different branches, placing the power to pass laws in the hands of the people’s representatives while giving enforcement of those laws to an executive.

In other words, the separation of powers enshrined in the Utah Constitution is a barrier to ward off government overreach. When disaster strikes, it’s tempting to see the barriers only as handicaps. But as author G.K. Chesterton explained, no one should tear down a fence across the road until they fully appreciate why it’s there in the first place.

Certainly, we want to speed forward to full recovery and save lives. With that paramount goal in mind, the separation of powers may seem trite. And, sure enough, prominent commentators have praised the governor’s actions without questioning or caring about limits on his power.

Perhaps we’ve grown accustomed to usurpation, with presidents from both parties often excusing their power grabs on the basis of congressional inaction. But we need to pause and be sure we appreciate why the fence is there — to protect individual liberty and guard against freewheeling government.

Even during a pandemic, that’s a fence worth keeping.

This op-ed was originally published by The Salt Lake Tribune on December 1, 2020.