Blog > Op-Ed > The Hill: Say ‘no thanks’ to Thanksgiving mandates

The Hill: Say ‘no thanks’ to Thanksgiving mandates 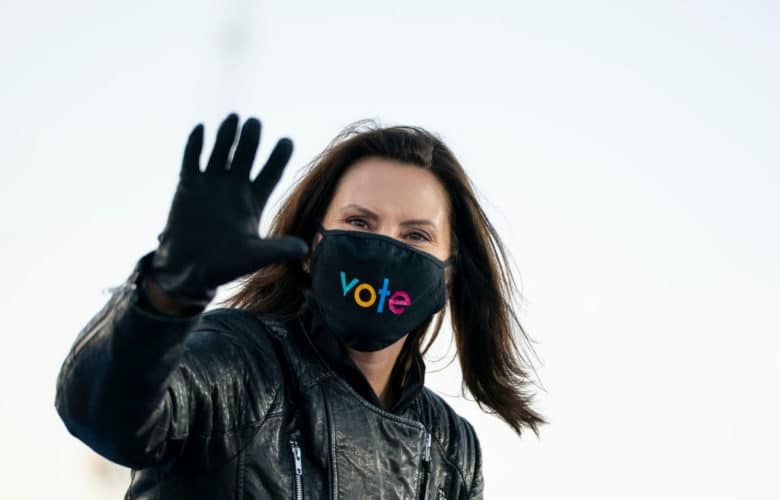 Just when you thought 2020 couldn’t get any stranger, it’s likely that your governor has invited himself or herself to your Thanksgiving dinner. And no, they aren’t bringing sweet potatoes.

Instead, they’re bringing civil and criminal fines, and maybe even jail time. They are joined by mayors and other state and local officials who are overstepping their authority by restricting those celebrating Thanksgiving with their friends and families in their own homes. Though COVID-19 is a serious threat and a legitimate reason for individuals and families to be cautious this season, it is not an excuse to infringe on constitutional rights with mandates that can land grandma in the slammer.

California’s order disallowing more than three households to gather for Thanksgiving has gotten plenty of attention. But some others are even more restrictive. In Oregon, Gov. Kate Brown has ordered a “freeze” that includes restricting more than six people gathering in private homes, which carries a criminal fine of up to $1,250 and potentially 30 days of jail. Centers for Disease Control and Prevention (CDC) and other health guidelines are not that inflexible.

Other governors recognize how unpopular these orders are, and they’ve punted more than we’ll see in Thursday’s football games. Gov. Gretchen Whitmer of Michigan, author of some of the most notorious orders this year, has allowed her unelected health officials to issue orders requiring face masks in all “gatherings” of two or more people from different households, while she makes the public pitch for single-family Thanksgiving dinners. Pennsylvania Secretary of Health Dr. Rachel Levine — even Gov. Tom Wolf would not take responsibility for this one — issued a similar order. And the state’s largest city, Philadelphia, has restricted all indoor gatherings through the end of the year, putting Yuletide celebrations on the same chopping block as the Thanksgiving turkey.

Emergency powers, limited in scope and in time, are appropriate powers for a governor to possess. We usually see these invoked when there are ordered evacuations for hurricanes or floods, for example. The orders typically have a discrete timeline and clearly defined purpose.

And an emerging infectious disease can justify emergency actions. But as the lockdowns for COVID-19 drag on, governors have continued to operate in “emergency” mode without approval from the people’s elected representatives.

Though the pandemic is ongoing, it is not an “emergency” in the legal sense. This is not to say the novel coronavirus isn’t serious — it is. But an emergency is something that just emerged and requires an immediate response. The pandemic is a chronic problem, in its ninth month, that is amenable to normal legislative deliberations. Emergency powers cannot lawfully continue without democratic input for this long.

There is a way that the orders can be made appropriately, putting aside the constitutionality or merit of individual orders. Emergency orders from a governor or other statewide official should stand only for a short period of time while the legislature is convened to ratify or reject the relevant orders. Elected city or county councils should also pass on mayoral or other local executive actions. None of those orders should remain in effect for longer than 30 days without that legislative or representative approval.

By involving the legislature, the branch of government that is closest to the electorate, it is likely that these orders would be better tailored and more carefully considered. At a minimum, it would require the governor or other executive official to justify his or her position when restricting individual rights.

Further, state courts should hear challenges to those orders on an expedited basis. If the order either unreasonably infringes on individual liberties, or if it is applied unequally to similar situations — as many such orders have been — the court should reject the emergency orders as failing to serve a compelling public health or safety purpose in a narrowly tailored manner.

This sets an appropriate standard that can recalibrate the need for true “emergency” actions, and weighs those against the rights afforded in the state and U.S. constitutions.

Though there is reason for us to take special precautions this year to prevent COVID-19 transmission, and in many cases, to scale back the size of our celebrations, Thanksgiving still should be a time for us to gather and express gratitude for our families, as well as our medical professionals, teachers and other essential workers. Let’s pass the stuffing and uninvite the governors and their ambrosia salad of emergency orders.

This op-ed was originally published by The Hill on November 23, 2020.