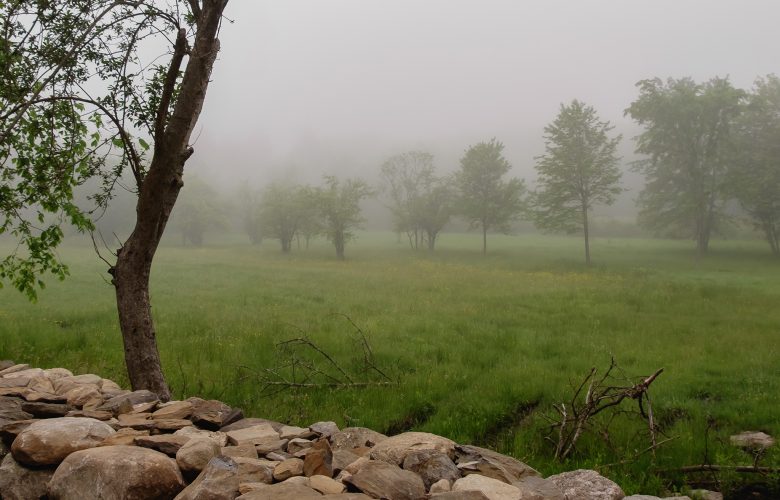 Rose Mary Knick owns a quiet, 90-acre, stone-fenced farm in rural eastern Pennsylvania. The parcel is bounded on all sides by old stone walls and no trespassing signs at various intervals. According to the local government, it also contains an ancient burial ground of some sort. But this Halloween, Ms. Knick—who lives alone—is haunted far more by the specter of the government taking control of her property than the supposed grave site.

Pennsylvania has never had a law prohibiting so-called backyard burials, so small, private gravesites are common in the state. Nevertheless, five years ago, Scott Township decided that it was going to “regulate” private cemeteries for the first time. It enacted an unusual law that allows Town officials to enter upon any private land, without a warrant or consent or any compensation, to look for the existence of burial grounds. The law also authorizes the general public to enter and stay on any parcel deemed to contain a burial ground, 7 days a week, 365 days a year, for the purpose of viewing the alleged cemetery area.

A day after enacting the law, the Township’s agents snuck onto Ms. Knick’s land without notice or her consent. After searching it, the Town claimed to have found a few “stones” in an isolated area which it believed to be old grave headstones. A short time later, it issued Ms. Knick a “Notice of Violation” which declared that she was in violation of the Town’s law because she had not made her land and the alleged gravesite open to the public. The notice commanded her to make the area open for public viewing every day of the week and threatened fines if she did not.

Ms. Knick fought back by filing a lawsuit against the Town. The suit asserted that the Town’s cemetery access law effected an unconstitutional taking of her property without compensation. Unfortunately, the courts quickly dragged her into a nightmarish procedural maze. A state court said it would not hear her case against the law until the Township filed its own suit against Ms. Knick. So Ms. Knick went to federal court. But that court said that it would not hear the case until she finished state court litigation, and therefore, that she had to file a second state court suit before complaining about a federal taking.

PLF has been working to bury Williamson County for many years. Today, the foundation is filing a petition on behalf of Ms. Knick that seeks to drive a stake into the heart of that damaging precedent. The Petition specifically asks the Court to reconsider and then overrule the Williamson County precedent.

It is past time. Williamson County was supposedly designed to help make cases more concrete and “ripe” for review, but it is now clear that its actual practical effect is to bounce property owners from court to court without a hearing, draining their resources and will to fight. In too many cases, it totally locks the courthouse doors to ordinary property owners, causing good cases to disappear at an early stage. If not for PLF, Ms, Knick’s case would likely become another one of these casualties.

The Court must inter Williamson County to ensure that Ms. Knick and other citizens subject to invasive property regulations have real access to justice, and that is exactly what PLF’s new Petition seeks.