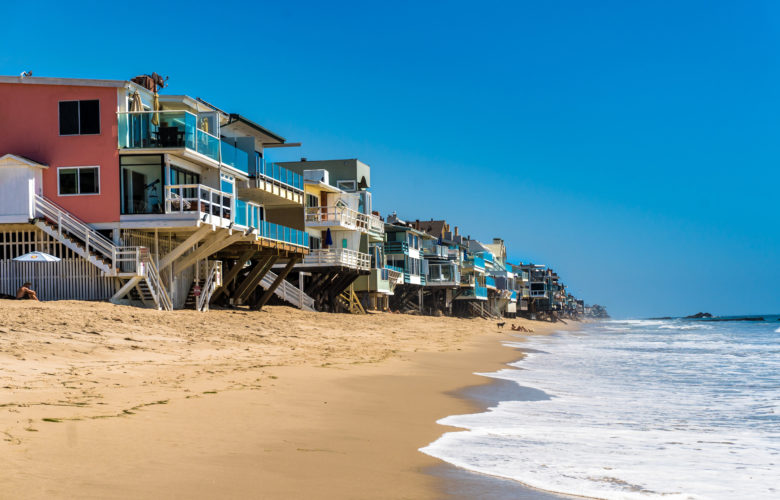 The private vs. public beach debate is often characterized as debate on social justice.

The logic is that blocked public beach access disproportionally hurts the poor who cannot afford to live in beachfront homes. In California, this is where the heroic California Coastal Commission enters: to protect the rights of such disadvantaged groups against the rich and evil coastal homeowners.

Except, multiple studies by academics have shown that the regulatory actions of the California Coastal Commission end up further alienating of the groups they intend to protect.

A study by economists at the University of California, Santa Barbara finds that the California Coastal Commission’s actions raise the price of affected single-family homes by limiting the housing supply. This hurts future home buyers and renters and results in social welfare loss.

Another study from the University of California, Los Angeles finds that the California Coastal Act raises affected housing prices by approximately 20 percent and also results in gentrification.

Simply put, the progressive intentions of the California Coastal Commission’s regulatory actions result in regressive outcomes, by making coastal homes further out of reach of those who don’t already own a coastal home.

Despite this, the Commission’s scope of authority has ballooned out of control over the years, as demonstrated by the case of Lent v. the California Coastal Commission.

In 2016, the Commission hit Dr. Warren and Mrs. Henny Lent with a horrendous $4.185 million penalty for failing to remove the stairs and gates at their home that allegedly interfere with public beach access. From an engineering and safety perspective, however, there is no “access” to block: on the other side of the gate is a six foot drop to a concrete slab, covering a drainage pipe. Therefore, the gate exists to prevents people from falling and getting seriously injured.

Furthermore, the fixtures in question had been in place since the property was built in 1983, long before the Lents purchased the property in 2002.

So why is the Commission all of sudden coming after the Lents?

Perhaps Dr. Lent, a wealthy Beverly Hills plastic surgeon, made a great scapegoat as the historical acrimony between the Commission and the Malibu homeowners come to a head. Also, it was a great opportunity for the Commission to flex its muscle and use the newly gained power under the section 30821 of the California Coastal Act to impose fines for coastal violations without having to go to neutral courts.

The Lents are suing the Commission because the U.S. Constitution prohibits such excessive fines without a judicial review, and requires an impartial adjudicator to authorize such fines. The Commission cannot act as a prosecutor and a judge of a fine that will go in remediation funds to possibly pay the salaries of the enforcement staffs who are also acting as the prosecutors and the judges of the fine.

Unfortunately, the Lent v. California Coastal Commission is just one among countless accounts of the commission bureaucrats throwing their weight around, raising valid questions regarding the constitutionality of their actions.

It’s also ironic that the Commission supports short term rentals, yet shows no respect for homeowners’ property rights. Strong property rights protection is what enables coastal landlords to rent out their homes and allow more people to enjoy the coast. The more coastal properties that are available for vacation rentals, the more affordable the rentals become.

So if justice is the end goal, it’s time to reconsider what true justice means.

To live in a beachfront house is a tenet of an American dream, but the California Coastal Commission’s actions makes this dream more elusive by making it more expensive to live along the coast. Is this justice? Meanwhile, the Commission’s expanding power has resulted in atrocious violations of Californians’ rights to responsibly enjoy their coastal properties as they wish, threatening their liberty and free will. Is this justice?

No. Taking away the unconstitutional power of the California Coastal Commission is perhaps the only way to bring true justice back to California’s coastal lands.

If you care about housing, you should care about property rights September 22, 2020 I By JAMES BURLING