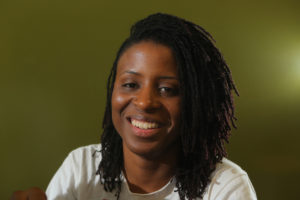 Ndioba Niang and Tameka Stigers are professional African-style hair braiders in Missouri. When the Missouri Board of Cosmetology and Barber Examiners told them that they had to stop practicing their trade unless they underwent hundreds of hours of irrelevant training (and paid thousands of dollars for the trouble) to be licensed as cosmetologists or barbers, they enlisted the help of our friends at the Institute for Justice and sued. After the federal district court essentially rubber-stamped the law and upheld the licensing requirement under an overly deferential version of rational basis review, Ms. Niang and Ms. Stigers appealed. Yesterday, PLF filed an amicus brief in the 8th Circuit Court of Appeals in support of Ms. Niang and Ms. Stigers, arguing that the lower court’s version of the rational basis test was wrong and tantamount to no review at all.

According to the district court, even though the mandated cosmetology training does not teach African-style hair braiding, and the required exam hardly touches on braiding, in order to protect the public it was rational for Missouri to require hair braiders to suffer the burdens of obtaining an occupational license as a cosmetologist or barber. How so? Because there was some minimal overlap in basic tasks performed by cosmetologists/barbers and hair braiders (e.g. general sanitation and business practices).

But if the rational basis test means what the lower court said, then it doesn’t actually allow the courts to meaningfully scrutinize legislation to ensure the government constitutionally regulates professions. Indeed, the U.S. Supreme Court and multiple Courts of Appeals have struck down laws in numerous cases where there was a similarly insufficient connection between the government’s stated goals and the means used to achieve those goals. In fact, in previous cases in California and Utah involving challenges to similar licensing requirements for hair braiders, those courts held that it was irrational to require braiders to obtain irrelevant training under the guise of protecting the public, and declared those laws unconstitutional under the rational basis test. The same is true in this case. Because the district court did not subject the irrational licensing requirement for hair braiders to real rational basis scrutiny, the 8th Circuit should reverse that decision.

The City of Brotherly Love Must Allow Students to Gather September 25, 2020 I By DANIEL ORTNER

The Daily Caller: The new champion of private property rights is … Barack Obama? September 24, 2020 I By MARK MILLER