In August, during Back to School Choice Week 2016, I called your attention to the story of 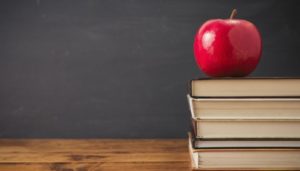 Discovery Charter School in Philadelphia, Pennsylvania. In 2012, Discovery requested an amendment to its charter with the School District of Philadelphia to increase its enrollment. Because of Discovery’s success, it has amassed a substantial waiting list. Instead of complying with the formal requirements of Pennsylvania’s Charter School Law, the school district informally decided not to vote on any charter school expansions for the 2013-14 school year. As a result, no formal action was taken on Discovery’s charter amendment request. Discovery then challenged this non-action, claiming the independent State Charter School Appeal Board should have jurisdiction to review the non-action. The Appeal Board ruled that it had no jurisdiction, but Discovery then won on appeal in the state’s intermediate appellate court. Unsurprisingly, the school district asked the state Supreme Court to review the decision. Last week, PLF filed a brief in support of Discovery at the Pennsylvania Supreme Court.

Our brief reminds the Court that the purpose and intent of Pennsylvania’s Charter School Law is to provide for robust school choice in Pennsylvania. If the Court allows school districts to circumvent the law by refusing to make formal decisions that could be reviewed, then children in Pennsylvania will suffer. Furthermore, this is a serious concern for the Court, because, due to numerous examples, Pennsylvania school districts routinely try to undermine popular school choice programs for self-interested reasons. As we state in our brief:

The School District’s decision not to act on Discovery’s amendment request is the same as a decision to reject that request. If Pennsylvania school districts can thwart charter school expansion with pocket vetoes, such deliberate inaction will frustrate the purpose of Pennsylvania’s Charter School Law and stifle growth of charter schools in the state.

Charter school expansion provides parents with additional options for educating their children. But successful charter schools cannot grow to meet enrollment demand if they cannot amend their charters. That is precisely the case here. The School District, which refused to act on Discovery’s request to increase its enrollment, is seeking to have it both ways. It wants to stop Discovery from growing (by not approving the amendment), and immunize its decision to do so (by not rejecting it). This Court should not tolerate this sleight of hand.

Pennsylvania school districts routinely act with hostility toward the creation and growth of charter schools, and undermine the competitive dynamic adopted by the Legislature. This case is just the latest example. Because of school district hostility and intransigence, charter schools regularly rely on the Appeal Board and Pennsylvania courts to vindicate the purpose of the Charter School Law. Review by the Appeal Board is thus necessary to ensure that the School District, which cannot act to stifle charter school growth, cannot accomplish the same invidious end by failing to act.